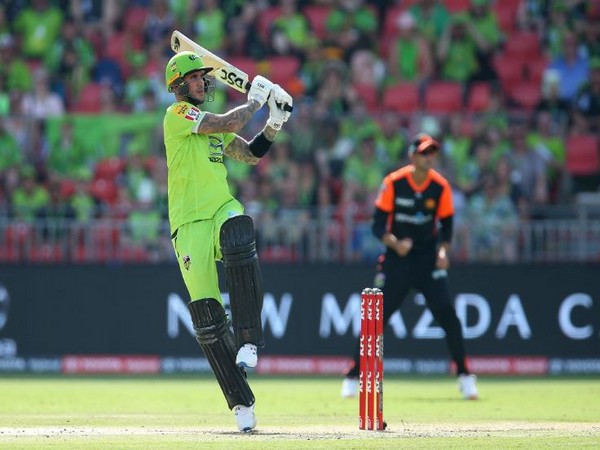 Chasing a target of 96 runs in 12 overs, Sydney Thunder got off to a brilliant start as the openers, Usman Khawaja and Alex Hales, struck regular boundaries.

The duo formed a 66-run partnership before Fawad Ahmed, in the eighth over, dismissed Hales (47). In the next over, Khawaja was run out after scoring 22 runs.

Alex Ross was then bowled by Jhye Richardson in the 11th over. In the last over, Chris Morris struck a sixer and a boundary to hand his side a victory.

After opting to bat first, Perth Scorchers had a poor start as opener Josh Inglis (18) was bowled by Chris Morris. Mitchell Marsh too failed to leave a mark as he only scored 11 runs before Jonathan Cook dismissed him.

The fall of wicket did not stop as Liam Livingstone and Ashton Turner too were also sent back to the pavilion.

Tim David and Cameron Bancroft then took the charge and provided their side with some momentum. However, the rain started when they were at 99/4 after the completion of 15 over. Duckworth-Lewis-Stern (D/L) method then came into play owing to which the target for Sydney Thunder was set to 96 in 12 overs.