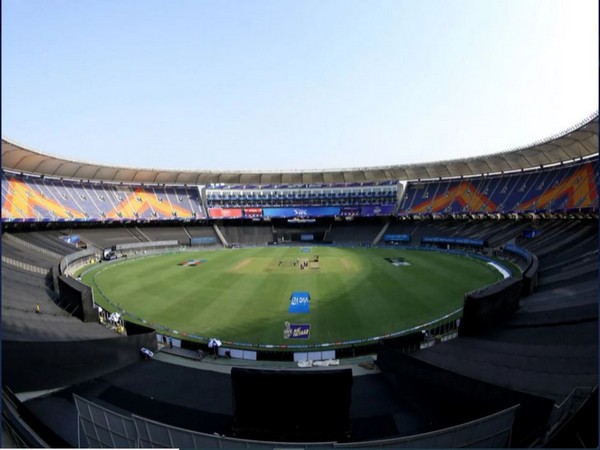 By Baidurjo Bhose
New Delhi [India], April 30 (ANI): The Board of Control for Cricket in India (BCCI) officials are not too pleased after Dhiraj Malhotra -- one of the tournament directors for the 2021 T20 World Cup -- went ahead and said that Plan B is to have UAE host this year's T20 World Cup in October and November if India cannot host the showpiece event due to the COVID-19 pandemic.

Speaking to ANI, a BCCI official made it clear that while there is still no discussion on Plan B, it is the governing body which will decide on any matter related to the tournament and shift in venue if a need arises in the future and not the tournament director.
"The World Cup would be held in India. At this moment there is no decision taken with regard to any Plan B that would consider hosting the games outside India. At best it may be a proposal that Dhiraj would wish to make to the BCCI at some stage. At this moment, I am unaware of any such decision. Nothing of this sort has even come before the General Body or the Apex Council till now. So this declaration of it being the Plan B may be somewhat premature and is drawing unnecessary parallels with the IPL.
"India is a large country with many venues and that will allow us to prepare back up venues within the country itself so that we do not burden the health infrastructure for a particular state or another in the eventuality that the situation has not returned to normal by that time. The BCCI's learnings from the conduct of the IPL at this stage would obviously help us circumnavigate such issues and we are confident of overcoming the helplessness of a predetermined schedule that we face presently," the official said.
"I know there's been a lot of talk around the conduct of the IPL at certain venues and the board did try its best to execute the change but it was not possible to quarantine the required large number of people who are integral to the logistics at the alternate venues, in the given amount of time required for the change.
"The policy decisions regarding the modalities of BCCI's hosting the World Cup would be taken by the general body and not by the tournament director. In an ideal setting, the Indian fans and us would like to see the World Cup final taking place at the Narendra Modi Stadium and not at the Dubai Stadium as the said Plan B would indicate."
Commenting on back-up plans, the official said: "I understand where the talk of Dubai as a back up venue is coming from, but having a back up venue didn't exactly help when the World Cup couldn't take place in Australia right? The facts are different in the case of a normal scenario and different in the case of a pandemic."
Dhiraj's comments to BBC's Stumped podcast has come as a bigger surprise after the BCCI Apex Council in their last meeting on April 16 informed nine venues to continue preparations to host the T20 World Cup later in the year.
"The nine venues have been informed and it was again discussed that preparations should continue for the showpiece event with an eye on the COVID-19 situation and a call will only be taken closer to the event. It is too early to imagine what can or will happen in October-November with regards to the Coronavirus situation. But preparations shall be on," sources from the meeting had told ANI.
The venues that have been picked are Ahmedabad, Delhi, Mumbai, Kolkata, Chennai, Bengaluru, Dharamsala, Hyderabad and Lucknow.
In fact, International Cricket Council (ICC) biosafety head Dr Dave Musker had also a few days back said he is fascinated to see how the 14th edition of the Indian Premier League goes amid the coronavirus pandemic ahead of the scheduled T20 World Cup.
"I'm fascinated to see how the IPL works in India over the coming weeks. We will be travelling to India on April 26 to see the arrangements there and are in touch with the BCCI on this. It is on top of our list of priorities. Some of our teams have already travelled to Delhi in the past and gathered significant learnings from there," ESPNcricinfo quoted Musker as saying.
Even though travel plans have been put on hold for now with an eye on the COVID-19 situation, it is too early to make a call on the fate of the T20 World Cup. Efforts to get in touch with Dhiraj failed. (ANI)