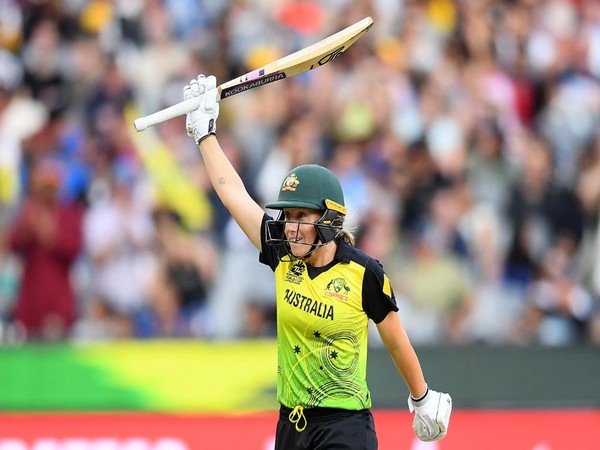 Healy played a massive role in the final of the tournament as she scored 75 runs which helped her team win the decider by 85 runs against India.
In the shortest format of the game, she has 2060 runs under her belt from 112 games.
Also, Healy holds the record for the highest individual score in women's T20Is.
She smashed 148* from just 61 balls against Sri Lanka in October last year. With the help of her contribution, Australia had managed to secure a massive 132-run victory over their opponents in the match.
Healy has played 73 ODIs for Australia and amassed 1638 runs. (ANI)