Take care of yourselves, others in this tough time: Aussie skipper Tim Paine's message 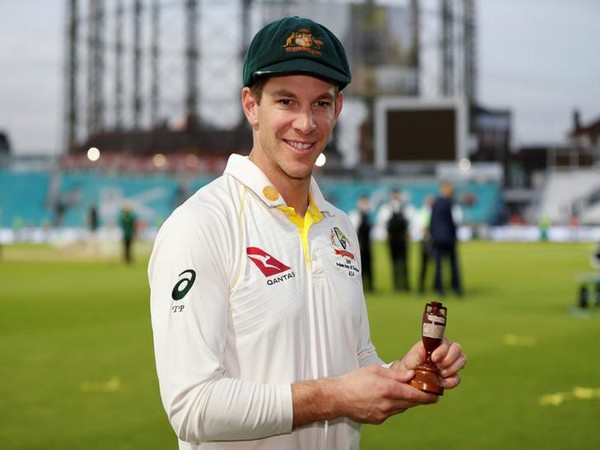 New Delhi [India], Mar 18 (ANI): Australian Test skipper Tim Paine on Wednesday said that the current coronavirus pandemic needs to be taken seriously stating that the decision to suspend all cricketing fixtures is a good one and that people should take care of themselves and deal with the situation together.

"It is something that needs to be taken very seriously. Look, I hope that we are all back playing the game we love and going about our lives the way we want to as soon as possible. But in the meantime, please take care of yourselves, take care of others and let's ride this out together. All the best," Paine said in a video message posted on the official Twitter handle of Cricket Australia.
Paine explained that this week has been tough as all the cricketing fixtures in the country has been suspended. The remaining matches of the ODI series and three T20Is between Australia and New Zealand have been postponed until further notice.
Australia's domestic tournament Sheffield Shield's final was also called off in a bid to contain the spread of the disease. On Tuesday, New South Wales was declared as the winners.
"Look there's no doubt it's been a big week for our cricket community, a really big time for all Australians. Some decisions have been made in the best interests of our country and our most vulnerable people. Those decisions certainly weren't made lightly and they have been made based on the best possible advice from our government and from health experts," Paine said.
"One of those decisions has been to cancel all cricket and I realise that's tough but it is something we should all take very seriously," he added.
Paine stated that the players are eager to return to the field but the COVID-19 is more than the game of cricket.
"...there's no doubt that Australian men's team will love to be in Hobart trying to win the Chappel-Hadlee Trophy and certainly our female World Champions team would love to be in South Africa," Paid said.
Paine last featured in the three-match Test series against New Zealand in January
Meanwhile, according to WHO estimates, the novel coronavirus or COVID-19 has so far claimed the lives of almost 8,000 lives and infected close to 2,00,000 people globally. It has also led to the cancellation or postponement of sports events across the world. (ANI)