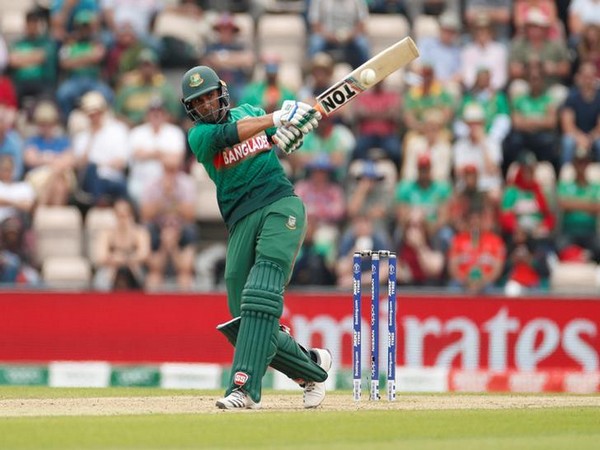 London [UK], Jan 21 (ANI): Ahead of the upcoming three-match T20I series against Pakistan, Bangladesh skipper Mahmudullah said that Tamim Iqbal is playing well and his experience up the order will help the side.

"Tamim's experience would matter a lot in the top order. He is in good rhythm, having made runs in the BPL. I will also try to fulfill my responsibilities too. My role would be to bat deep. The others are already adapting mentally that they may have to bat out of position in this series," ESPNcricinfo quoted Mahmudullah as saying.
Iqbal has returned to the side after missing the last T20I and Test series against India, while wicket-keeper batsman Mushfiqur Rahim has opted to give the Pakistan tour a miss.
Bangladesh captain said that Tamim Iqbal and he will share the most of the responsibility to lead the side for the upcoming series.
"Tamim and I both feel that we have a little more responsibility," Mahmudullah said.
He said that even though Pakistan have not performed well recently but they are a tough team and Bangladesh have to play well to win the series.
"Pakistan may have not played up to potential in the last few series but they are a strong side. I am sure they are concerned about their series loss to Sri Lanka. But we are focused on our game. We must utilize the number of in-form cricketers we have in the squad. If we play to our potential, we can win the series." he added.
Bangladesh will play three T20Is, one ODI and two Test matches. The proposed T20Is series will be held in Lahore on January 23, 25 and 27.
The first Test will kick off from February 7 in Rawalpindi followed by one ODI match on April 3 in Karachi. The Final Test is slated for Karachi from April 5. (ANI)