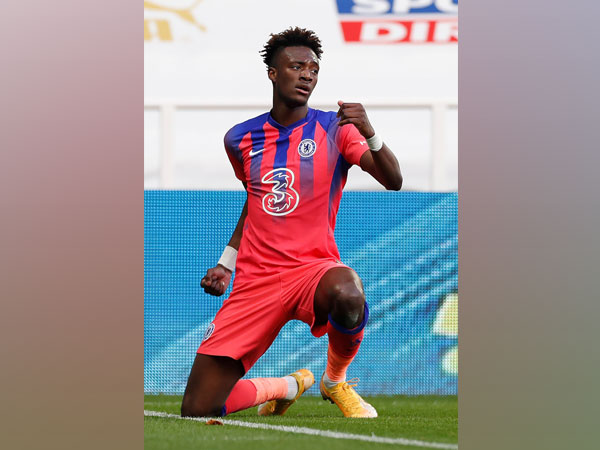 London [UK], November 22 (ANI): Chelsea's Tammy Abraham expressed delight over playing for the club and said he hopes that he keeps scoring goals for the team.

Abraham's remarks came after he helped Chelsea defeat Newcastle United 2-0 in the Premier League on Saturday. Federico Fernandez scored an own goal in the 10th minute before Abraham netted a goal in the 65th minute.
"For me, to be back in the team is an honour. I have played for this club since the age of seven and I have always been a no.9 upfront and I have been given my chance, and hopefully I keep scoring," the club's official website quoted Abraham as saying.
This was Chelsea's fifth straight win in all competitions. Currently, Chelsea holds the second spot on the Premier League table with 18 points, two points behind the table-toppers Tottenham.
Abraham said although his side had to wait for a long time to add another goal to their tally after taking a lead, the team did not lose confidence.
"We knew we are quick on the counter-attack so I had to get myself forward. I was tired but I had to stay in control and pass it through the keeper and that is what I did and killed the game off, thankfully," he said.
"It was 1-0 for a long time and those games are always tricky when you are 1-0 up and you can't get the second goal. It is very easy to drop your heads and lose confidence but we didn't do that, we kept confidence and kept going," Abraham added. (ANI)