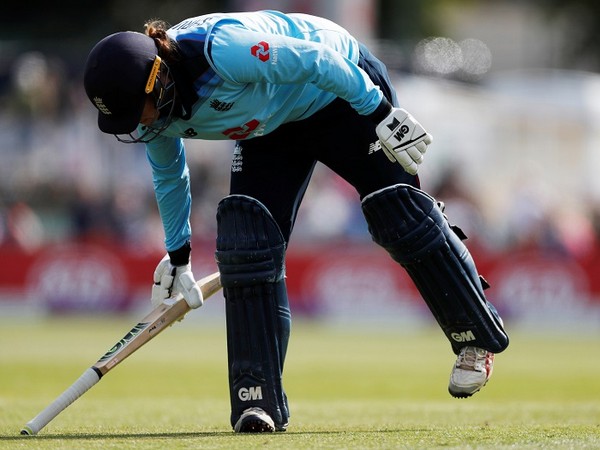 London [UK], January 14 (ANI): England player Tash Farrant has returned to the women's team while Anya Shrubsole will miss the upcoming tour of New Zealand due to knee injury as the 16-player English squad was announced on Thursday.

New Zealand women's cricket team (White Ferns) will be hosting England for three ODIs and as many T20Is between February 23 and March 7.
Coach Lisa Keightley and her team will fly to New Zealand on January 24 ahead of fixtures across February and March and undergo the mandatory 14-day managed isolation period.
While Sophia Dunkley has retained her place having appeared in England's last international against the West Indies, Katie George sustained a stress fracture in her back that will also see her miss out.
"We're hugely excited about getting over to New Zealand and maintaining our commitment to play international cricket despite these challenging times," Director of England Women's Cricket, Jonathan Finch said in an official statement.
"We have a really important 24 months in front of us with two ICC Global Events, the Women's Ashes and the Commonwealth Games in Birmingham. Our ambition is to be successful across all these events and this tour is the first step towards achieving that," Finch added.
Less than a week after England depart, the Australia women's side will arrive in New Zealand and undergo managed isolation ahead of three T20Is at Hamilton's Seddon Park and three Rose Bowl ODIs at Mt Maunganui's Bay Oval.
England is the reigning ODI World Champions after beating India in the World Cup final at Lord's in 2017 while Australian women hold the mantle as T20 World Champions after defeating India in the final of the T20 World Cup in Melbourne last year.
England Squad: Heather Knight (capt.), Tammy Beaumont, Katherine Brunt, Kate Cross, Freya Davies, Sophia Dunkley, Sophie Ecclestone, Georgia Elwiss, Tash Farrant, Sarah Glenn, Amy Jones, Nat Sciver, Mady Villiers, Fran Wilson, Lauren Winfield-Hill, Danni Wyatt. (ANI)