Temba Bavuma withdrawn from remainder of ODIs against Australia 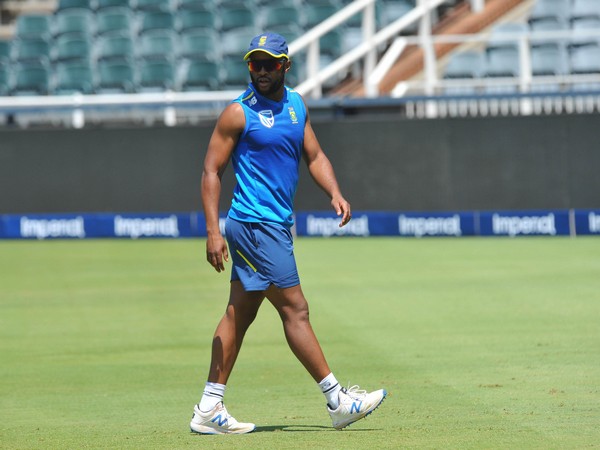 Johannesburg [South Africa], Mar 4 (ANI): South Africa batsman Temba Bavuma has been withdrawn from the remainder of the ODI series against Australia as a precaution while the player continues his conditioning and rehabilitation following a right hamstring strain.

Bavuma will remain with the squad as the medical staff aim to have him ready in time for the team's tour to India. The top-order batsman is part of the ODI squad that will take on India in three-match series.
The team will depart for on Sunday, March 8 for India. Rassie van der Dussen has been brought into the squad as cover. He arrived in Bloemfontein this morning.
The hosts have won the first ODI while the second match is being played at Mangaung Oval in Bloemfontein.
Proteas ODI squad for remaider of series against Australia: Quinton de Kock (captain, wicketkeeper), David Miller, Andile Phehlukwayo, Tabraiz Shamsi, Lungi Ngidi, Beuran Hendricks, Heinrich Klaasen, Janneman Malan, Jon-Jon Smuts, Anrich Nortje, Lutho Sipamla, Keshav Maharaj, Kyle Verreynne, and Rassie van der Dussen.
The final ODI of the series will be played at Senwes Park in Potchefstroom on March 7. (ANI)