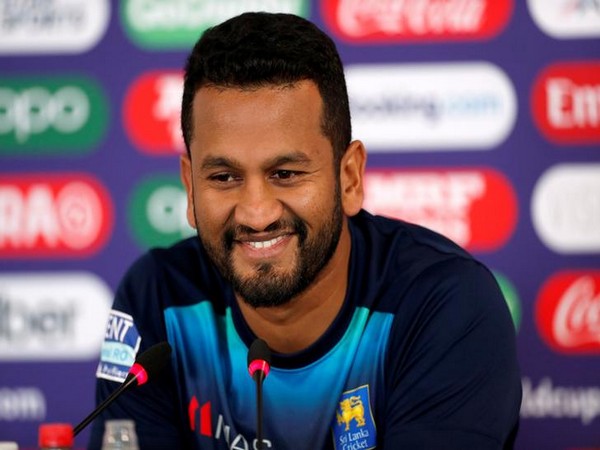 Colombo [Sri Lanka], May 11 (ANI): Sri Lanka Test and ODI skipper Dimuth Karunaratne on Sunday recalled his glorious cricketing moments and said the Test series win against South Africa under his leadership is a significant memory for him.

In 2019, Sri Lanka white-washed Proteas in the two-match series. Apart from that, Karunaratne stated his debut Test cap and win against the host, England, in the ICC 2019 World Cup are unforgettable.

The Islanders defeated England, the ultimate champion of the tournament, by 20 runs after bowling out the side at 212 in 47 overs.
"Who could or will ever forget your first Test Cap and your first Test Century and the ODI win vs England at the CWC19. The Test series win in South Africa under my captaincy is also a significant memory and apart from those moments," the official website of Sri Lanka Cricket quoted Karunaratne as saying.
The 66 Tests veteran who has scored 4,524 runs said that the longest format of the game is the supreme for him and he will try to attain a fifty-plus average and score 25 tons in the format.
"Yes, I have nine centuries from 66 test matches, while many will argue that I should or could have converted some of the 24 half-centuries I scored into centuries, thus increasing my overall tally of centuries. However, I am learning from each game. Test Cricket is super supreme and it's certainly not a walk in the park! The stretched goal is 25 Centuries and a 50+ average," Karunaratne said.
He was last featured in the 50-over game against West Indies in Pallekele in March this year before the coronavirus pandemic suspended all the sporting actions across the globe. He scored 44 runs in that game which the home side won by six runs. (ANI)