The game will not be same without you: Du Plessis to AB de Villiers 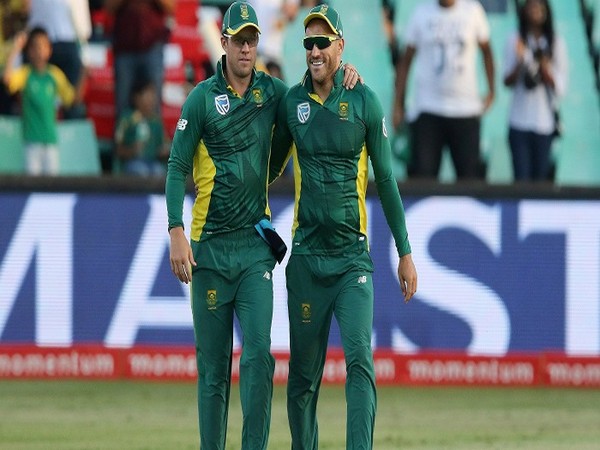 Du Plessis congratulated De Villiers on a "special career" and termed him the "greatest player" he has ever played with.
"Well done @ABdeVilliers17 on a special career. I've been extremely lucky to be on the same cricket field as you. The game will not be the same without you. The greatest player I have played with," Du Plessis tweeted.
India batter Shikhar Dhawan also lauded the "wonderful athlete" and wished him luck for future endeavours.
"Your contribution to cricket has been immense @ABdeVilliers17. A true legend of this beautiful game and a wonderful athlete. Good luck for whatever the future has in store for you," Dhawan tweeted.
De Villiers last played for South Africa in April 2018 when the Proteas locked horns with Australia in Johannesburg.
The decorated South Africa batter, who began his RCB career in 2011, enjoyed 10 seasons, being a crucial part of 5 playoff runs in his time.
AB de Villiers played 156 matches for RCB and scored 4,491 runs. He is the second all-time leading run-scorer behind Kohli and holds the second and third-highest individual run total in RCB history with 133* against Mumbai Indians (in 2015) and 129* against Gujarat Lions (in 2016). (ANI)