The result is quite fair: Ramos admits Real Betis played better after defeat 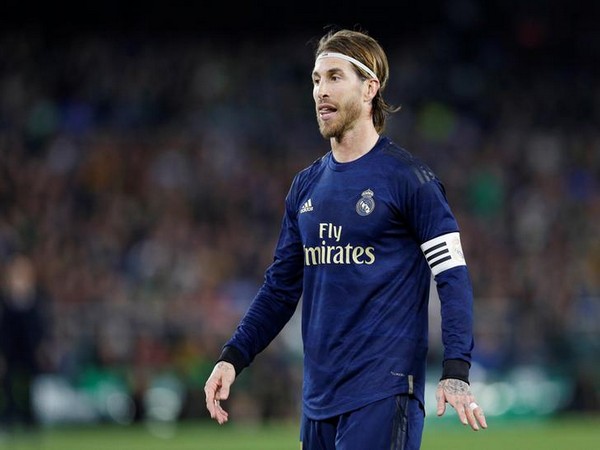 Seville [Spain], Mar 9 (ANI): After facing a defeat against Real Betis, Real Madrid's Sergio Ramos accepted that his club did not play well against their opponents which led to this loss.

"It's football and when we don't do things like we have been doing all week it's normal that this happens. Betis have played their football and we have been very up and down, we had good spells in the match, but not enough," the club's official website quoted Ramos as saying.
"The result is quite fair, we have to look at ourselves. We haven't been good today. There's a lot still to play for in La Liga, we didn't get any points to defend the top spot and now it's our turn to keep on picking up three point at s time and hoping the top team drop points," he added.
Real Betis registered a 2-1 victory over Real Madrid in La Liga on Monday. Real Madrid are currently placed on the second spot on La Liga table with 56 points, just two points behind the table-toppers Barcelona.
Ramos also admitted that his club lacked the intensity but stressed that his club needs to grab as many points as possible in their upcoming games.
"We relaxed a bit at the back. We needed to show more intensity, we should have fought more but it wasn't to be. Just like we didn't lose our heads over last week's three points against Barcelona, we can't get too worked up about this either. There are 11 games to go and many points still to play for. If we want to be champions, we can't let opportunities pass us by," he said.
Real Madrid will next take on Eibar on March 14. (ANI)