There's risk attached but I like smaller squad: Quique Setien 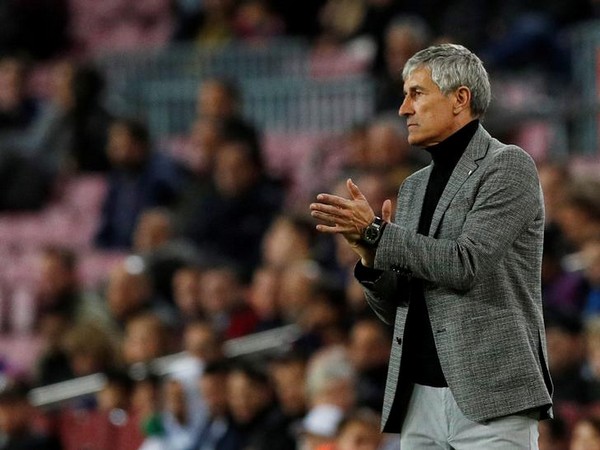 Leeds [UK], Feb 1 (ANI): Barcelona manager Quique Setien said he likes smaller squad despite agreeing that there is risk attached to it.

"What hurts me, and always had done, is picking teams and having to leave players out. I like to have fewer players. That way, everyone is plugged in to what you're doing," Goal.com quoted Setien as saying.
"There is a risk attached to that sometimes but it's good to have a smaller squad. People have more chance of playing; they're ready and more motivated," he added.
Four players left Barcelona during the January transfer window, with Moussa Wague, Jean-Clair Todibo, Carles Perez and Carles Alena departing on loan.
Setien feels that having a small squad is better than having 25 or 26 players not playing.
"Having 18 real players is better than having 25 or 26 not playing. That can cause more danger than having a smaller squad," he said.
Barcelona currently holds the second spot on La Liga table, only four points behind the table-toppers Real Madrid. (ANI)