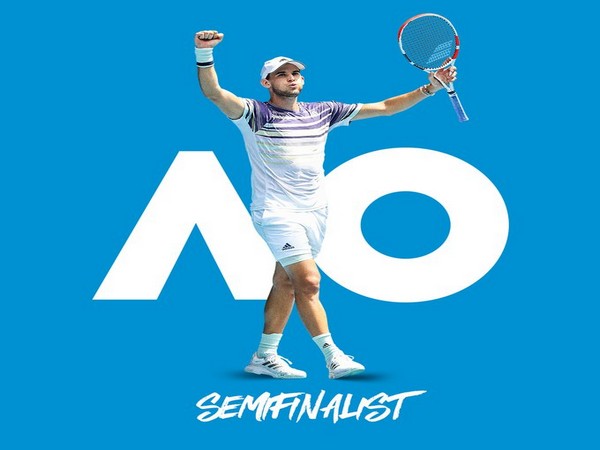 Thiem defeated Nadal in a thrilling four-set match 7-6, 7-6, 4-6, 7-6 in a match that lasted for four hours and 10 minutes.
With this win, World Number 5 has advanced to his first-ever Australian Open semifinal.
In the first set, both players played aggressively but no player was able to gain an upper hand over other as the set went into a tiebreak. Thiem held his nerves and clinched the set 7-6 in 67 minutes.
The second set was no different than the first as Thiem claimed the second set 7-6 in 79 minutes. However, Nadal bounced back took the third set 6-4. Austrian came back and clinched the fourth set 7-6.
Earlier today, German tennis player Alexander Zverev progressed to the semifinals of the Australian Open. Zverev outclassed Switzerland's Stan Wawrinka 1-6, 6-3, 6-4, 6-2 to reach his first Grand Slam semifinal. (ANI)