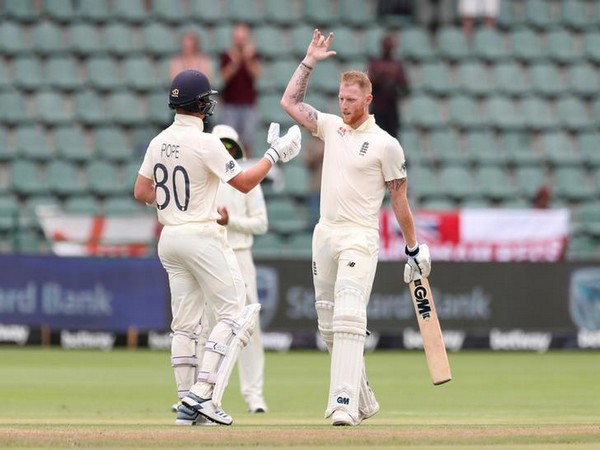 England declared their innings after smashing 499 for the loss of nine wickets.
Resuming the day two from 224/4, Stokes and Pope provided England with a solid start. The duo stitched a 203 run stand and smashed 120 and 135 runs respectively.
Dane Paterson dismissed Stokes in the 124th over to provide a much-needed breakthrough.
Pope continued his splendid batting display and helped England put on a massive 499 in the first innings.
In response, South Africa ended the day at 60/2 before rain played a spoilsport.
Proteas openers Dean Elgar and Pieter Malan put up 50 runs for the first wicket, but Malan's stint at the crease was cut short by Dom Bess in the 12th over.
Anrich Nortje and Elgar are unbeaten on zero and 32 runs respectively. (ANI)