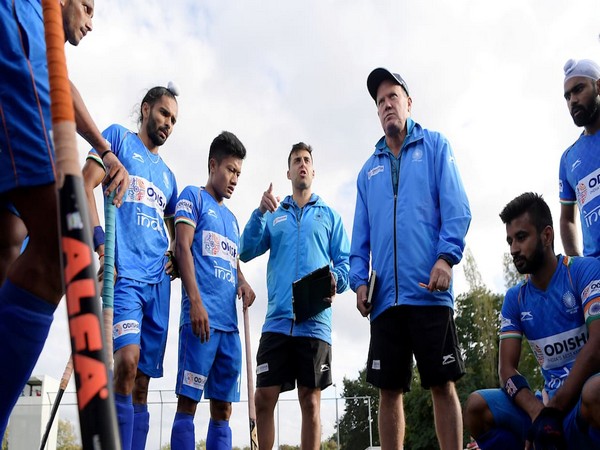 By Anuj Mishra
New Delhi [India], July 20 (ANI): Former India hockey skipper Viren Rasquinha feels the current team has the "best chance" to bring home an Olympic medal. The Indian hockey team might have dominated the sport in the 20th century, but the Asian side has not claimed a medal in the Summer Olympics since 1980.

Viren feels there is a great chance to end the 41-year-old medal drought in the upcoming Tokyo Games despite admitting that there are no clear favourites going into the showpiece event.
"I think this the best chance for a medal in the last 20 years after the Sydney Olympics when we missed out on the bus for semi-finals. We have a great chance, having said that this is the most open hockey tournament in the last five Olympics," Viren told ANI.
"There are no clear favourites and anyone from the top seven teams can win gold. India should first concentrate on coming in top four in our pool," he added.
Manpreet and boys will launch their campaign and the quest for an Olympic medal on July 24 when they lock horns with New Zealand in Pool A match.
The former hockey skipper feels the team needs to be consistent in their play as they get ready to face tough sides in the showpiece event.
"It's gonna be a tough quarter-final and India must take one match at a time going into the tournament. The side needs to be consistent, historically we have not been consistent for six or seven matches and that's very crucial because you will play seven strong matches in ten or eleven games," said Viren.
"Undoubtedly, this has showcased in our results over the last four years. This is the first Olympic cycle in which we have beaten all the top teams in the world except Canada as we have not played against them," he added.
The Indian hockey team is raring to go for the Tokyo Olympics and the side has taken the postponement of the showpiece event positively.
Talking about players performing like a team in the Olympics, Viren said, "Hockey is a team sport everyone has a role to play and everyone has to contribute. Yes, Manpreet and Sreejesh are our most experienced players. They have to lead by example and they do, they have done that for more than 10 years now."
Eyes will be on skipper Manpreet, who will be aiming to script history for India having made his debut 10 years ago. He has since represented the country at all major tournaments and featured in India's fine victories which include the Gold Medal in Asian Games in 2014.
"Both of them (Manpreet, PR Sreejesh ) have critical roles to play to inspire the team but everyone has to contribute we cannot afford passengers in the squad. Manpreet is a fantastic leader, he leads by example and every single player needs to show the same passion," Viren signed off.
Viren Rasquinha will be part of Sony Sports LIVE studio show, SPORTS EXTRAAA, for the Olympic Games Tokyo 2020 from Friday. (ANI)