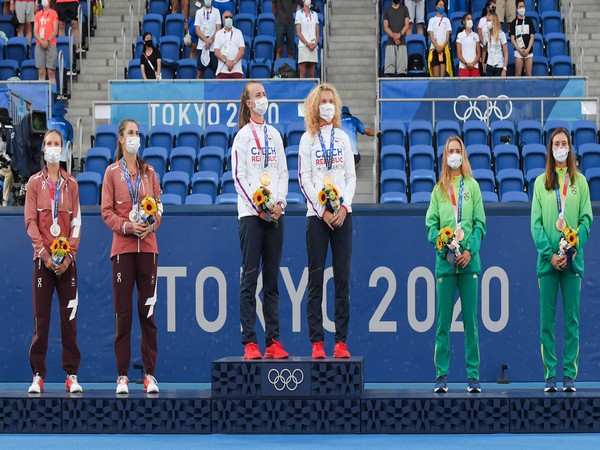 Czech pair added the Olympic women's doubles title to their French Open crown. The top seeds edged a tight opening set before racing through the second to win 7-5, 6-1 on their fifth match point. Match lasted for one hour and 25-minute.
Krejcikova, who also won the Roland Garros singles trophy earlier this year, and Siniakova were dominant from the word go against Bencic and Golubic.
Krejcikova and Siniakova were the third Czech duo to reach the women's doubles Olympic final: silver medals were captured by Helena Sukova and the late Jana Novotna (Krejcikova's former mentor) in both 1988 and 1996, while Andrea Hlavackova and Lucie Hradecka earned silver in 2012, as per WTA.
It is the Czech Republic's first Olympic gold medal in tennis. Slovak Miloslav Mecir took the singles title for Czechoslovakia on the sport's return to the Games in 1988.
With the second-place finish, Bencic and Golubic earned Switzerland's second straight Olympic silver medal in women's doubles, following Timea Bacsinszky and Martina Hingis in 2016. (ANI)