Tokyo Olympics: Needed to build on our 2-1 lead, not doing so cost us, says hockey coach Reid 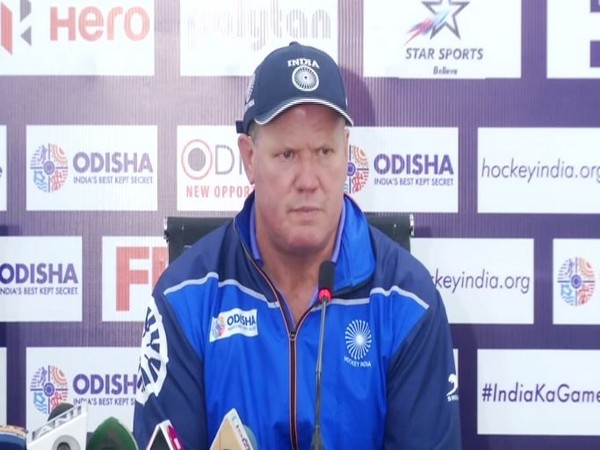 Tokyo [Japan], August 3 (ANI): Graham Reid, the Indian men's hockey team coach, on Tuesday, said that not building on a 2-1 lead against Belgium in the semi-finals cost his side the match in the Tokyo Olympics.

Belgium defeated India 5-2 in the semi-final and they will now face the winner of the second semi-final between Australia and Germany in the gold medal match on Thursday.
"We created enough opportunities to win that game. We knew Belgium was always going to come back, they are one of the best sides going around. We needed to build on our 2-1 lead, but we were not able to do that. We paid the price for it. Penalty corners worked for them today. Yeah, look, these days are much more switched on when the opposition has ten players and they took advantage of that. That can be the turning point, it is important to keep eleven players on the park," said Reid after the match.
"Hockey is about gaining momentum and keeping that, maybe it was the green card. It is a momentum thing, we lost it and against opposition like Belgium, it is hard to come back once you lose momentum. To come third, you need to be the third-best team so we need to beat either Australia or Germany to win the bronze medal. We started already, I am already pushing the fact that it is a team-first mentality. My approach is to understand that being a team member, we need to get our head high and get ready for the bronze medal match," he added.
India will lock horns in the bronze medal match on Thursday with the loser of the game between Australia and Germany. The Indian boys started well and looked to keep up the good work, but lost the tempo slightly in the last quarter and that is where the boys from Belgium capitalised.
In fact, the last goal was a case of the Belgium players taking advantage as India withdrew goalie Sreejesh and brought in a field player.
The match was evenly poised till the fourth quarter, but in the last 15 minutes, India conceded three goals and suffered a 2-5 defeat. (ANI)