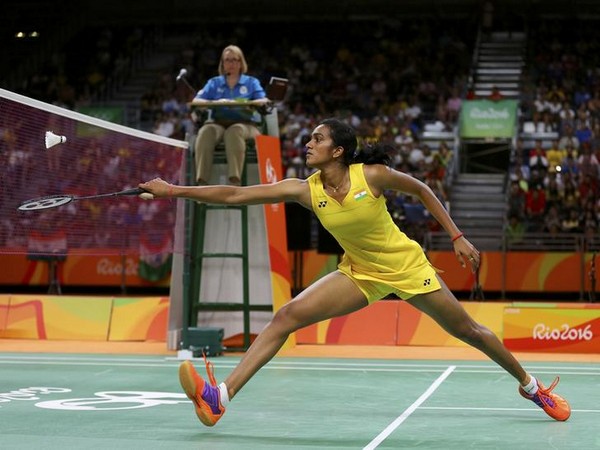 By Anukul Chauhan
New Delhi [India], July 21 (ANI): With two days to go for the Tokyo Olympics to get underway, athletes across the globe are looking to give finishing touch to their preparations as they head for the showpiece event. The Indian contingent is no different as 127 athletes will look to give it their all and bring glory to the country. The shuttlers in the contingent are undoubtedly in contention for medals at the Games.

The Indian badminton contingent will field four shuttlers in three different events, headlined by a very determined PV Sindhu and debutant B Sai Praneeth. The other two Indian shuttlers who have qualified for the showpiece event are Chirag Shetty and Satwiksairaj Rankireddy in men's doubles event.
With two medals at the Olympics, badminton is India's third-most successful sport at the summer Olympics after hockey and wrestling. All eyes will be again on the Rio 2016 Olympics silver medallist PV Sindhu in women's singles. The 2019 World Champion Sindhu will lock horns against Hong Kong's Cheung Ngan Yi and Israel's Ksenia Polikarpova in the league stage. Notably, in the singles competition, the top player from each group will qualify for the knock-out stages.
"In the group stage I will play against the Hong Kong girl [Cheung Ngan Yi] and she is not easy, I have played with her before and she plays well. So, am just thinking about one match at a time and the rest depends on that particular day," Sindhu told ANI while talking about her draw.
Currently World Number Two, Sindhu has been in fine form that saw her reaching the final of the Swiss Open and the semi-final at All England Open in March.
Sindhu knows what is at stake at the showpiece event as under the guidance of her new coach, Park Tae-sang, she will be hoping to clinch that elusive gold that she narrowly missed in Rio against Carolina Marin.
Bhamidipati Sai Praneeth will be India's sole men's singles representative in Badminton at Tokyo 2020. The 28-year-old shuttler has maintained his World No. 15 rankings to qualify for his first-ever Olympics. No men's singles player from India has ever progressed further than the quarter-final at the Olympics but the Arjuna Awardee has set his sights on ending that drought soon as he hopes to return home with a medal.
Sai Praneeth has been given a respite as he has been seeded 13th in Group D. Praneeth will clash against Mark Caljouw of the Netherlands and Isreal's Misha Zilberman in the league stage. The 2019 World Championship medallist will be aiming to create an upset in the competition which begins on July 24 at Musashino Forest Sport Plaza.
Meanwhile, men's doubles pair of Chirag Shetty and Satwiksairaj Rankireddy have been placed in a very hard Group A. The duo will have to square off against the top seed Indonesian pair of Kevin Sanjaya Sukamuljo and Marcus Fernaldi Gideon, Chinese Taipei's Lee Yang and Wang Chi-Lin, and England's duo of Ben Lane and Sean Vendy.
87 male and 86 female players will compete at Tokyo 2020 as a total of 50 NOCs from five continents will be represented in the competition. With all the star shuttlers fired up with their recent performances, the Indian contingent will aim to record a number of podium finishes in the Tokyo Olympics. But to begin with, they need to focus on the basics and not let the pressure of expectations get to them. (ANI)