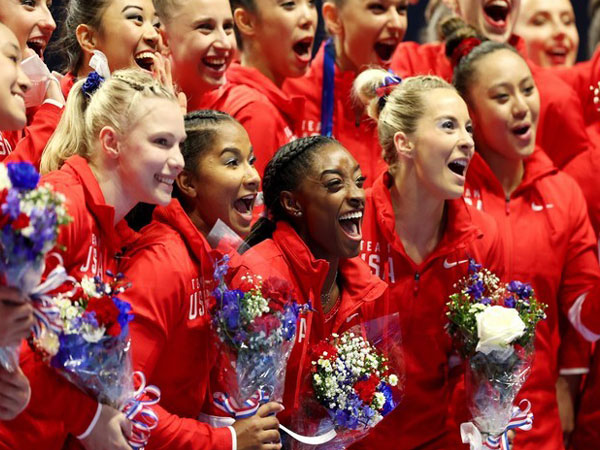 Tokyo [Japan], July 22 (ANI): The five-time Olympic medallist Simone Biles and the rest of the US women's artistic gymnastics team wasted no time in making their presence known at Tokyo 2020.

Thirteen minutes into the third subdivision of official practice, Biles, Suni Lee, Jordan Chiles, and Grace McCallum had put on what was perhaps the greatest combined tumbling effort in Olympic artistic gymnastics history, as per Olympics.com.
Each of Team USA's stars hammered off sky-high floor routines with ease, confirming their front-runner status for gold in Tuesday's women's team final.
Individual competitors MyKayla Skinner and Jade Carey, both performed double-twisting, double layouts in their opening tumbling passes.
With a limit of two-per-country into each individual medal round, and Biles likely to lock up a place in the all-around, vault, balance beam, and floor exercise finals, the competition will be fierce among themselves in Sunday's qualifying round.
"After we finish the job," Biles said in an Instagram story question and answer on Wednesday after being asked when she was headed home.
With all eyes on Biles in the lead-up to the competition, the 24-year-old would be looking to cement her legacy in the sport over the next two weeks in the Japanese capital. (ANI)