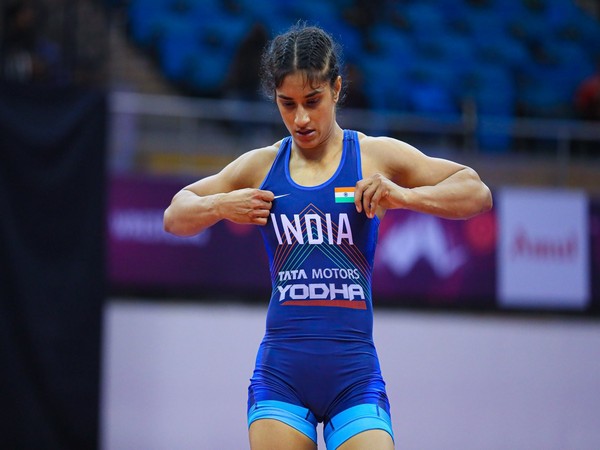 New Delhi [India], July 21 (ANI): India grappler Vinesh Phogat has requested the Indian Olympic Association (IOA) and Sports Authority of India (SAI) to allow her physio to be with her during the Tokyo Olympics.

Speaking to ANI, a source in the know of developments said: "Yes, she has requested verbally to IOA and SAI. Both IOA and SAI are in discussion on this matter, as of now we are looking at what can be done at this stage, we are having talks regarding this. We will see what can be done."
Earlier, two days prior to the start of the Tokyo Olympics, paddler Manika Batra had requested India's Chef de Mission BP Baishya to allow the field of play (FOP) access for her personal coach Sanmay Paranjape.
The table tennis competition at the Olympics is slated to start on July 24. Table Tennis Federation of India (TTFI) secretary Arun Banerjee confirmed that Batra has requested access for her personal coach.
"Yes, she has made the request, as of now I don't know whether her personal coach will be given FOP access or not but she has requested the Indian Chef de Mission," Banerjee told ANI.
Prior to departing for Tokyo, Batra had said that she will try to give her best in the upcoming Tokyo Olympics beginning Friday.
"I am very happy that I have qualified for the Olympics. It is a very big thing to represent the country, I will give my best in both doubles and singles event," Manika told ANI before departing for Tokyo.
A total of 127 athletes across 18 sports disciplines from India will be heading to Tokyo. This is the biggest-ever contingent India is sending to any Olympics. The 69 cumulative events across the 18 sport disciplines that India will participate in are also the highest ever for the country. (ANI)