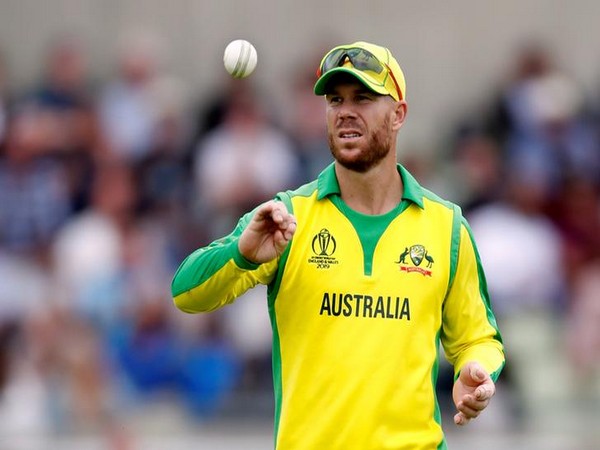 Melbourne [Australia], Mar 11 (ANI): Australia's David Warner feels that the reason behind the team's poor run in the ODI cricket is because their top four batsmen are failing to score 'bulk of the runs'.

"The only thing I can put it (Australia's losing streak) down to is the top four not scoring the bulk of the runs," Cricket.com.au quoted Warner as saying.
"You can't do it all the time but at least one of us (has to) go on and be there at the end," he added.
Australia are currently on a five-match losing streak in ODI cricket. Recently, Australia were whitewashed by South Africa in a three-match ODI series.
Marnus Labuschagne, who was born in South Africa before moving to Australia when he was 10, performed brilliantly in the third ODI against South Africa as he scored his maiden ton in the match. However, his century went in vain as the hosts secured a six-wicket win.
Warner said it was a big occasion for Labuschagne to have scored a century in his hometown.
"Marnus showed that application the other day in Potch. Obviously, it was a big occasion for him going back home for the first time and playing in his home town," he said.
New Zealand are touring Australia for three ODIs and as many T20Is. Australia will be looking to end their losing streak in ODI cricket when they compete against New Zealand in the first match on March 13. (ANI)