"The best way to support the middle order is for the top order to bat 20 overs. I think we need to try and bat long as a top four. We must try not to get out in the 16th or 17th over and the problem will be sorted if we can stay until the 20th over," said the stylish left-hander.

India boast of three players in the Top 10. Mandhana rose three spots in the latest Women's T20 ranking issued by International Cricket Council (ICC) ahead of the tournament. She is now ranked fourth. Jemimah Rodrigues, meanwhile, has slipped three places to the seventh spot while skipper Harmanpreet Kaur's ranking remains unchanged at ninth in the ICC T20 ranking. 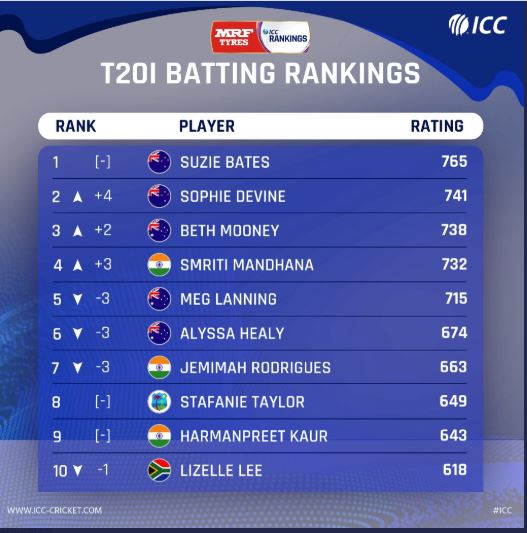 "We can be very unpredictable on our day, We have some great batters and our order is very balanced. The top four or five are quite settled. We've had the same top five for the last year and that's been a good thing for us," added Mandhana expressing confidence in India's batting.

India has had game time in Australia as the side participated in a Women's Tri-series involving Australia and England.

Harmanpreet Kaur-led side managed to reach the final, but they lost to Australia.

The Women's T20 World Cup will begin from February 21 and the final will be played on March 8 on International Women's Day.

India will take on Australia in the opening match of the tournament on Friday, February 21.