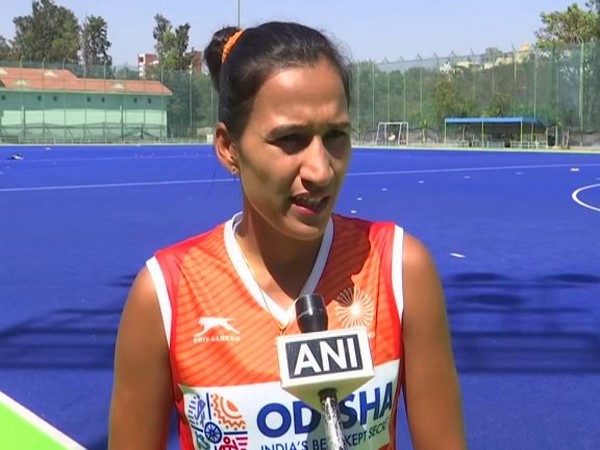 Bengaluru (Karnataka) [India], Mar 14 (ANI): As the coronavirus threat grows, Indian women's hockey team skipper Rani Rampal said that the team has been training like before, but the players are strictly following all the preventive measures advised by the doctors and the coaching staff.

"Our training has been going on as it was taking place earlier. But the doctors and our coaching staff have suggested many preventive measures and our team is following that," Rampal told ANI.
The team is currently at the Sports Authority of India centre in Bengaluru.
Indian hockey team coach Graham Reid said they are in a very protected environment and players were briefed about the steps to be followed.
"Good thing about our training environment here in SAI Bengaluru is that we are protected here and we have a closed environment. Our players are very aware; we have had many briefings about what is needed to be done," Reid said.
"As far as the team is concerned, we are playing and training like we normally would and preparing for the Olympics," he added.
Coronavirus, which originated in China's Wuhan city, has so far spread to more than 100 countries, infecting over 1,20,000 people.
The World Health Organisation (WHO) on Wednesday declared the coronavirus outbreak a 'pandemic' and expressed deep concern. (ANI)