Triple-century was not an answer to anyone: Manoj Tiwary 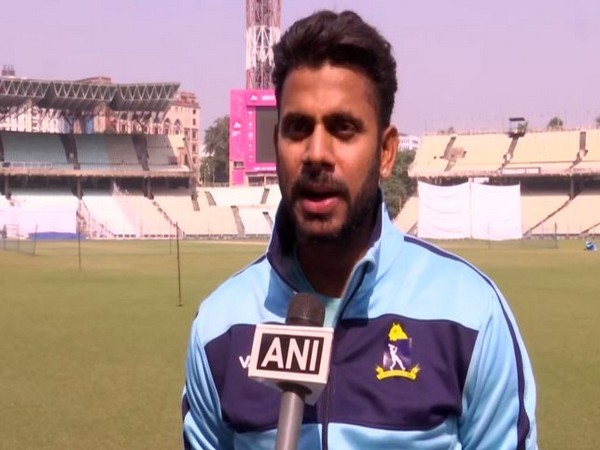 Kolkata (West Bengal) [India], Jan 25 (ANI): Indian cricketer Manoj Tiwary, who was left unsold in the Indian Premier League (IPL) 2020 auctions, said his triple century in a Ranji Trophy Elite Group A match against Hyderabad was not intended to give an answer to any of the franchise.

"I do not want to answer any of them. My job is to go out in the field and contribute with my bat. I also want to contribute through my fielding but as far as answering anyone is concerned, I do not go out on the field thinking that I have to score big runs to prove somebody outside the field," Tiwary told ANI.
Tiwary, on January 20, became the first batsman from Bengal to hit a triple hundred in Ranji Trophy in 21 years. Tiwary played an unbeaten knock of 303 runs studded with 30 fours and five sixes as Bengal declared their first innings at 635/7. Bengal won the match by 303 runs.
Reflecting on the triple-century, Tiwary said: "It was very satisfying because it came at a difficult situation for the team. In the morning, wicket wickets fell quickly. I had to take up the responsibility and spend some time in the middle... I was very happy to execute my plans and most importantly, the team won the game and that is what we were looking for."
Fitness and consistency are the two priorities that the 34-year-old has set for himself as he is aiming to keep playing cricket for another 10 years.
"I want to play another 10 years and to play that I need to be very fit and I have to be consistent enough to make sure that I do not get selected automatically. Based on past performances, I do not want to be in the team. So my priority is fitness and consistency," he said.
Although Tiwary admitted it is difficult to find a spot in the Indian team, he said every sportsperson should have the belief of making a comeback at any stage.
"It is difficult right now because the team is pretty much settled and we can see how the team is doing really well. It is difficult but you never know what is going to happen tomorrow. And belief has to be there with any sportsperson that he or she can make a comeback at any stage of their life," Tiwary said. (ANI)