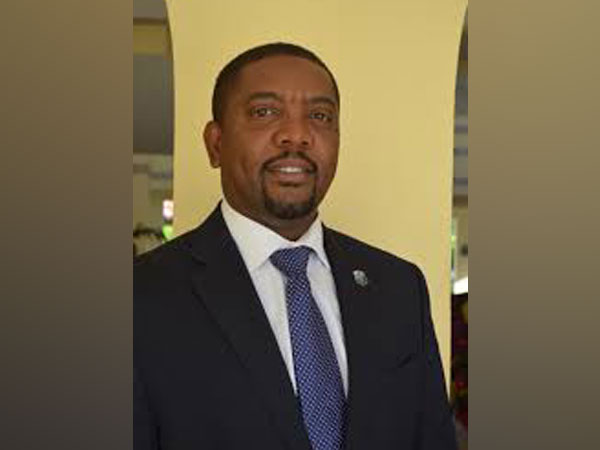 New Delhi [India], Aug 1 (ANI): With his eyes set on the hot seat of the International Cricket Council (ICC), Dave Cameron, former Cricket West Indies (CWI) chief, has a broad roadmap as to how cricket can become an Olympic sport.

In an exclusive interaction with ANI, Cameron said that he believes the shortest format of the game could be the stepping stone for cricket to go global, and a separate U-23 squad could be assigned for the same with players from different continents.
"I think we could use U-23 squads and have qualification based on geography, this will ensure that all the continents have a chance of representing at the Olympics and Commonwealth Games," the former CWI chief told ANI.
The 49-year-old picked T20 format as the most "competitive" in cricket, further saying that this is the "only format" that can work in countries like the USA and China.
"T20 allows teams to be competitive, and in modern times, time is important. Hence, a game of three hours works for the majority of the audience. If we go to the US and China, this is the only format that will work," said Cameron.
Among the three formats of cricket -- Test, ODI (One-day International), and T20 -- the longest form of the game is still considered as the most testing form by many in the cricketing fraternity. However, Cameron feels it is the retired players who sing praises for the Test-format, not the young players.
"While players speak about the tradition they are making decisions about playing more T20 league cricket rather than test matches. It's the players who have retired talk about traditional cricket more so than those still playing."
Cameron feels leagues such as UEFA Champions League could only be organised for cricket if there are enough sustainable T20 leagues running around the world.
Earlier this year, speculations were rife over Sourav Ganguly's candidature as the ICC chairman. Even though Ganguly has never come out in open saying that he wants to lead the ICC, former cricketers have named the current BCCI president as an "ideal person" to head the apex cricketing body.
Reacting to those speculations, former CWI chief said, "Yes, it would take a hit as the Asian block will support him."
After relishing his time at the helm of CWI for six years (2003-2019), Cameron has thrown his hat in the ring for the post of ICC's Chairman. However, CWI has decided to not support his candidature.
"I think their choice or lack of choice is purely personal which is unfortunate. I believe we have still not matured as a region or as people to look past these things. Jamaica is the oldest independent country in the region. We still think we are inferior or others are superior."
"I certainly don't and believe that I am as qualified -- education-wise and experienced as every director who sits at the ICC and therefore I feel confident that if chosen I can do an outstanding job," he concluded.
As per media reports, England and Wales Cricket Board's (ECB) Colin Graves is the front-runner to become the next ICC's Chairman. However, ICC is yet to release the list of nominated candidates for the prime post. (ANI)