Victories that come against all odds, end up creating history: Madan Lal on 1983 WC triumph 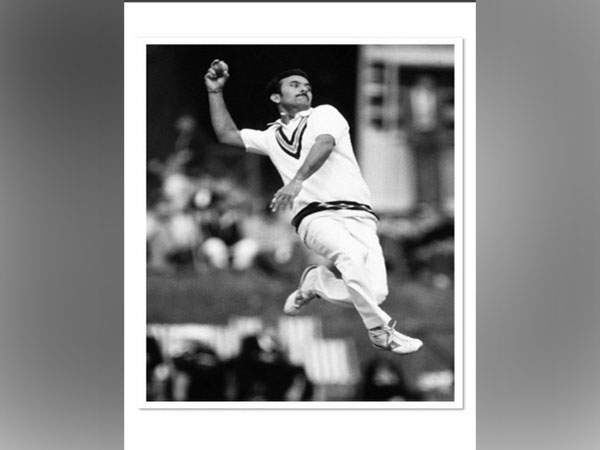 India had defeated West Indies in the finals of the 1983 World Cup to win their first 50-over World Cup. The Kapil Dev-led side was not given a chance by many people prior to the tournament, but in the end, the side defied all odds.
In an interaction with ANI, Madan Lal talked about how the title win remains the biggest victory in the history of cricket.
"The memories of the 1983 win are still fresh in our minds, no one gave us a chance to win the tournament, we were just able to win two matches in the 1975 and 1979 World Cup, so 1983 win was very big for the country when such victories come against all the odds, they end up creating history, it is one of the biggest victories in the history of cricket," Lal told ANI.
"This was not a victory of one individual person, this was a victory of a whole team. Everyone performed well that is why we won the tournament," he added.
India was defending a modest total of 183 in the finals and all odds were stacked against the Kapil Dev-led side. However, Indian bowlers kept on taking wickets at regular intervals and Madan Lal got the crucial wicket of Vivian Richards.
Talking about the dismissal of Richards, Lal said that the right-handed batsman was on the top of his game during the 1983 World Cup, so it was good to dismiss him in the summit clash.
"Vivian Richards was the best batsman in their lineup, but apart from him, there were many other good batsmen such as Desmond Haynes and Clive Lloyd, Vivian Richards was a world-class player, he was on the top of his game during the 1983 World Cup," Lal said.
"When I dismissed him, obviously that was a good thing for us, it created pressure on the West Indies, but the game is won only when the last batsman is dismissed, with each wicket the pressure keeps on mounting, we were not defending a big score and taking wickets was crucial for us, we kept on taking wickets in the final and that is why we won the tournament," he added.
The former Indian pacer Lal also said that he was being taken for runs in the finals so he thought that the skipper Kapil Dev might take him out of the attack, but he got another over, and luckily, he was able to dismiss Richards.
"On the big stage if you do not have confidence then it is tough for you to bowl, I was being taken for runs in the finals so I thought that maybe Kapil Dev might take me out of the attack, but I asked him to let me bowl another over and he obliged," Lal said.
"People sometimes think that I demanded an over from Kapil Dev, one cannot snatch the ball out of the captain's hands, if the bowler has the confidence then the captain always thinks to keep him on," he added.
After the 1983 World Cup triumph, cricket got a fillip in the country, elevating the sport to religion for fans with every child wanting to become a cricketer.
In the finals between India and West Indies, the latter won the toss and opted to bowl first.
The Kapil Dev-led side managed to score just 183 runs as Andy Roberts took three wickets while Malcolm Marshall, Michael Holding, and Larry Gomes picked up two wickets each.
Defending 183, India did a good job of keeping a check on the Windies run flow, reducing the side to 57/3.
Soon after, the team from the Caribbean was reduced to 76/6 and India was the favourites from there on to win the title.
Mohinder Amarnath took the final wicket of Michael Holding to give India their first-ever World Cup title win.
In the finals, West Indies was bowled out for 140, and as a result, India won the match by 43 runs.
Kapil Dev lifting the trophy at the balcony of Lord's Cricket Ground still remains an image to savour for all the Indian fans.
In the finals, Mohinder Amarnath was chosen as the Man of the Match as he scored 26 runs with the bat and also picked up three wickets with the ball. (ANI)