Virat Kohli reveals 'only thing' that kept coming to his mind, heart regularly 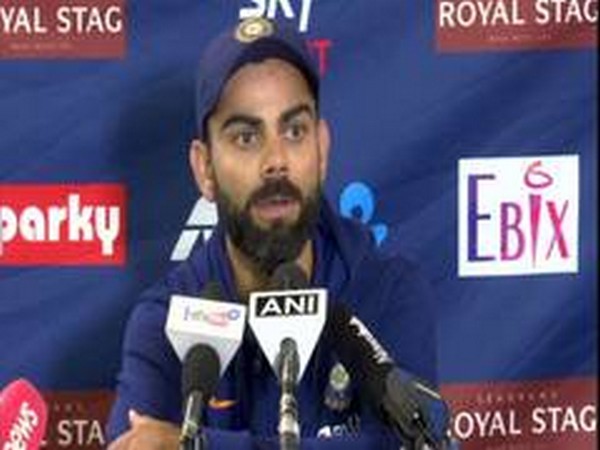 New Delhi [India], May 17 (ANI): Indian skipper Virat Kohli on Sunday said that he wanted to give his late father a 'life of great retirement' and it is the only thing that keeps coming to his mind and heart regularly.

Kohli joined Indian football team captain Sunil Chhetri on an Instagram Live video session where both the athletes talked on a range of topics.
"When I played for India and when things started going well, I started thinking that what is it really that I could have done which meant something and the only thing that keeps coming to my mind and my heart regularly is whatever my father did for our family, for me and my mother, the only thing I could have done for him was to give him a life of great retirement," Kohli said during the interaction.
Kohli also said that his father wanted him to focus on both sports and studies until he gets 200 per cent sure of making a career out of cricket.
"My father was very clear that you have to study along with playing cricket. Only when you can say that you are 200 per cent confident that you are going to make a career out of it, only then you will solely focus on doing one thing. Till that time, you will have to work hard in both (sports and studies)," he said.
"When results started to come and the U-19 tour happened, he stopped saying anything to me because he also got feedback from the coach. So, my father supported me a lot," Kohli added. (ANI)