Virat, Yuvraj extend wishes to Zaheer Khan as he turns 42 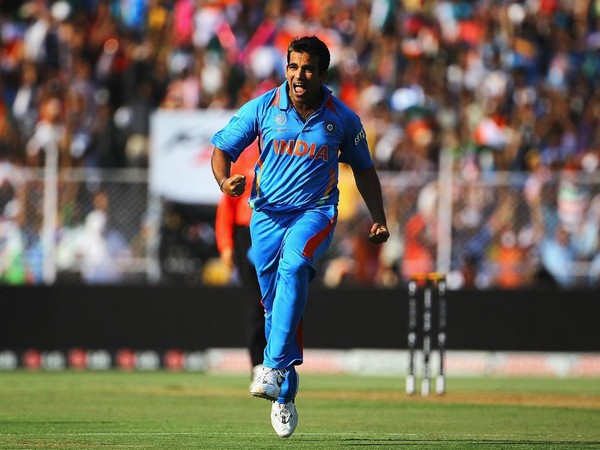 Zaheer is currently in the United Arab Emirates (UAE) performing the duties of Director of Cricket Operations with Mumbai Indians (MI) in the Indian Premier League (IPL).
Taking to Twitter Kohli wrote, "Many happy returns of the day fella @ImZaheer. Wishing you a year filled with happiness and success. Enjoy the day."

Former swashbuckling all-rounder Yuvraj posted a special tribute for Zaheer with a video that had a montage of some special memories.
Taking to Twitter, he captioned the post, "To my brother from another mother - who grows lazier with every birthday! Just remember, I've got your back in your old age too Wishing you another year of lounging on the sofa lots of love and best wishes! Happy birthday @ImZaheer". 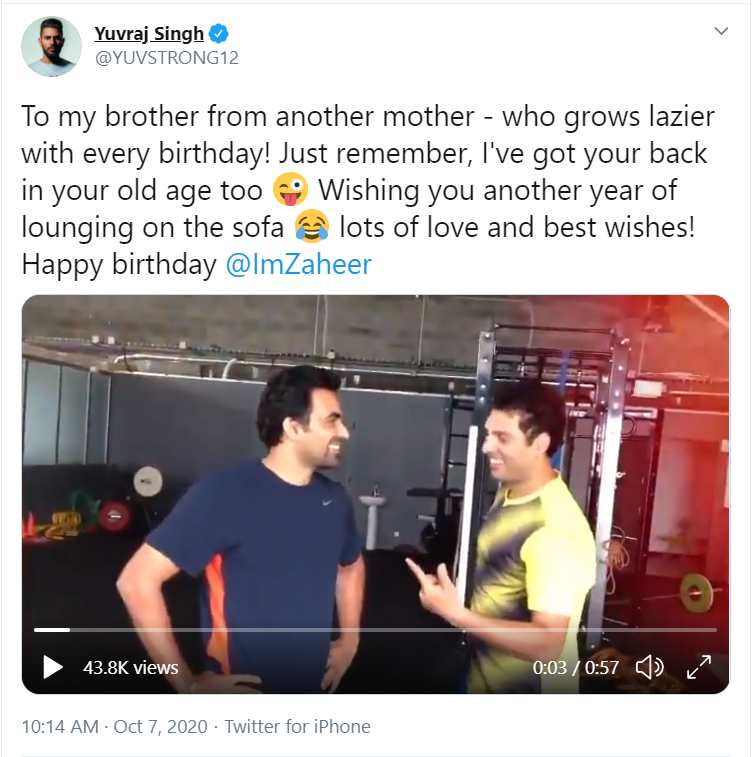 "Many more happy returns of the day Zak. Wish you a fabulous year ahead," Laxman tweeted.
Former India batsman Mohammad Kaif lauded Zaheer's pace bowling knowledge and wrote, "What Zaheer Khan doesn't know about pace bowling is not worth knowing. A champion bowler, a selfless mentor and now a successful coach. On this special day, here's a shout-out for the modest man with a PhD in pace bowling. Happy Birthday Dr Zak." 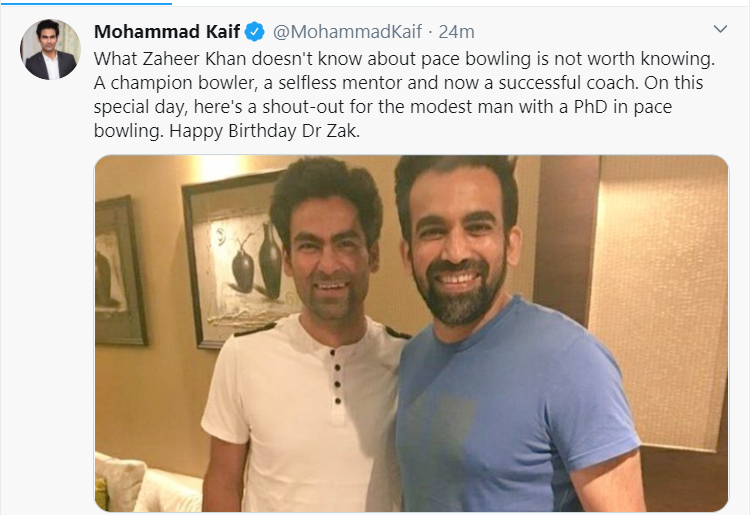 International Cricket Council and Board of Control for Cricket in India also greeted the veteran pacer on his birthday. 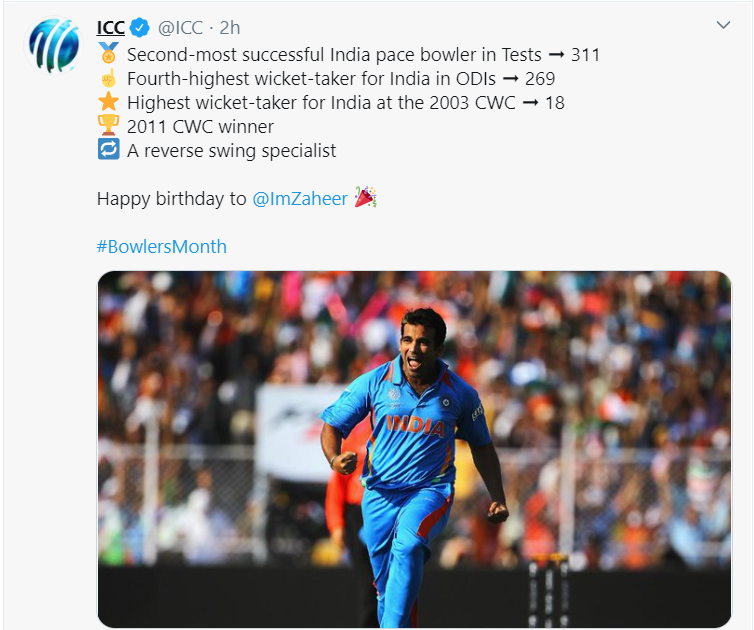 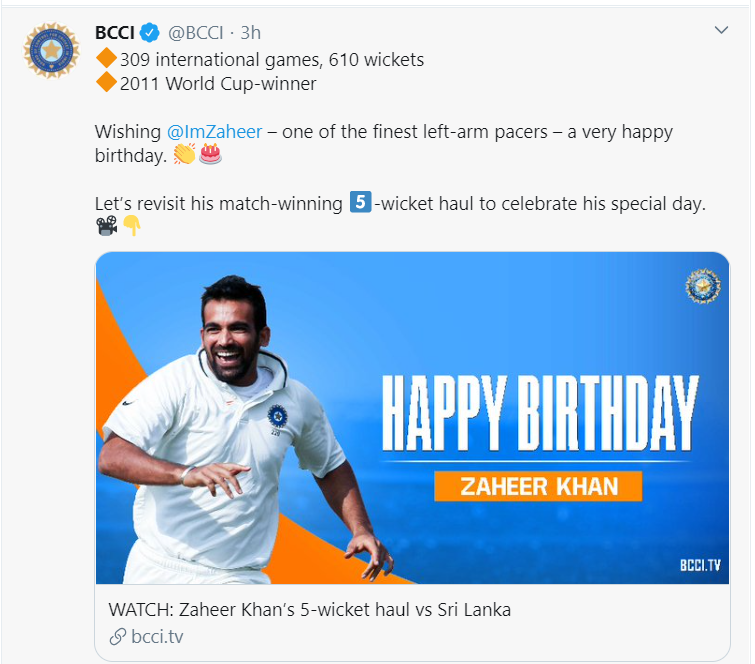 Zaheer Khan is often viewed as one of the most lethal pacers to come out of India.
He ended up as one of the greatest new-ball bowlers of all time and he was exceptional against left-handed batters. Zaheer was an expert at the art of reverse-swing and was a part of the 2011 World Cup-winning team.
He made his debut in the ICC Knockout Cup in 2000. Along with Ashish Nehra and Javagal Srinath, Zaheer formed India's potent pace attack during the 2003 World Cup.
Zaheer also had a county stint with Worcestershire and the county season helped the pacer to further enhance his skills. He picked up 10 wickets on debut for the county, becoming the first player in over a hundred years to achieve the feat.
The pacer played 92 Tests, 200 ODIs and 17 T20Is for India, managing to pick up 601 wickets across all the three formats. Zaheer decided to retire from international cricket in 2016 and paved the way for youngsters in the Indian team. (ANI)