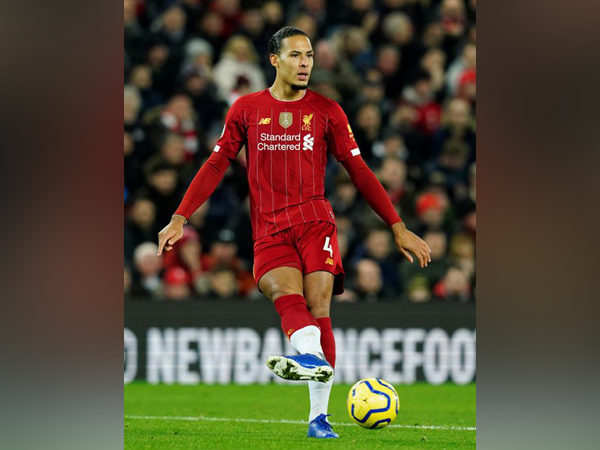 Leeds [UK], Jan 21 (ANI): Liverpool's Virgil van Dijk said although they are in a good situation, the massive lead in Premier League does not mean anything at the moment.

"How many guys have you been interviewing from us? I think we all give the same answer. Everyone can have their opinion, have their say on the situation we are in now but we all know as a group, everyone that is involved in Melwood, we are not getting carried away," Goal.com quoted Van Dijk as saying.
"We can't deny that we are in a good situation, but these things don't mean anything at the moment - only at the end of the season. And hopefully, it does mean something at the end of the season," he added.
Liverpool have 64 points in Premier League with a 16-point lead over the second-placed club Manchester City. The club has not faced even in a single defeat in the Premier League so far.
Liverpool have also achieved seven consecutive clean sheets in all competitions. Van Dijk credited the team's collective work for all the achievements.
"Everyone is involved in that. We have a fantastic goalkeeper, the full-backs doing their job, our midfielders and the stars obviously up front, so it is a whole collective thing," he said.
"But obviously as a defender we are very pleased to keep clean sheets, because we all know that if we keep a clean sheet there is a big chance to win the game, so it is a good feeling," Van Dijk added. (ANI)