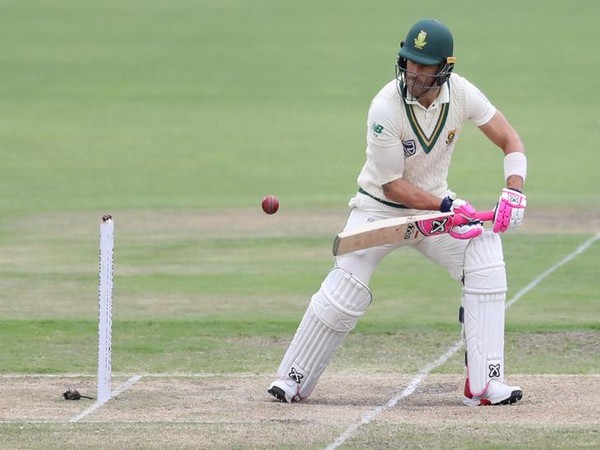 Port Elizabeth [South Africa], Jan 20 (ANI): South Africa Test skipper Faf du Plessis on Monday, after an innings and 53 runs defeat at the hands of England, said that there is not much Test cricket left for him and he will focus on the limited-overs game.

"I have said before, there is an opportunity to release some of the captaincy. Two Test matches in the West Indies [in July], and the rest of the year is white-ball stuff. Most probably after that, Test cricket will be something that won't see me," ESPNcricinfo quoted Plessis as saying.
The 35-year-old right-handed batsman said that he is committed until the ICC T20 World Cup 2020 which is scheduled later this year.
"I have committed until the T20 World Cup. There isn't a lot of Test cricket left this year: one massive Test where we need everyone to be as strong as possible, [and] afterward there is quite a big gap," he added.
South Africa's captain has found himself under pressure after a difficult run which has seen his side lose consecutive Test series at home to Sri Lanka and in India, and now 2-1 down at home to England.
"That's a decision I will make then. For me now it's to be as strong as possible. I don't think that's what's leadership is about. I felt that the team has needed a leader to stand up and guide the ship through a difficult time," Plessis said.
"If you leave the team when they need you most, that's not my style. I have been under pressure a few times and I've played my best innings under pressure," he added.
Plessis is also struggling with his batting form as in the ongoing series against England, he failed to score a fifty in the three Tests so far. His highest score, 36 runs, came in the second innings of the recently concluded game.
"I can't leave the team when they need me most. We are in a transition but I can't do it forever. It has been chipping away at your character. For now, that's what we need. I think it will make it worse if I say I'm out," Plessis said.
He had played 64 Tests so far and smashed 3863 runs with an average of 40.24. His longest format career is studded with nine centuries and 21 fifties.
England lead the four-match series 2-1. The final match of the series will be played at Wanderers Stadium in Sandton on January 24. (ANI)