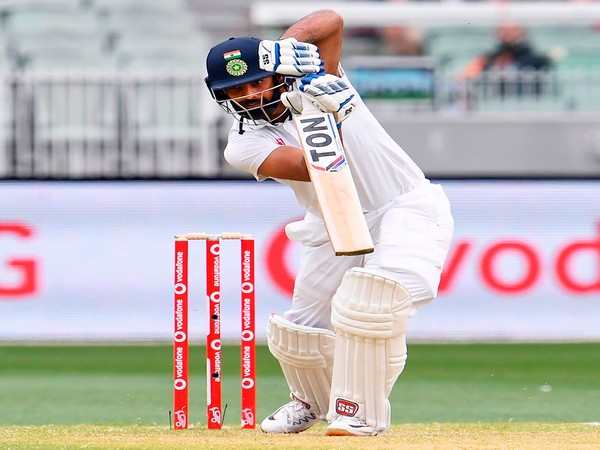 The 27-year-old cricketer made his Test debut against England in 2018 and has played 12 Tests to date, including three matches in the recent series victory away to Australia and has a career-best score of 111 versus West Indies in 2019.
"Hanuma will arrive in the UK this afternoon. We hope that this gives time for him to do his six days quarantine and to feature in next week's game versus Nottinghamshire at Trent Bridge, subject to receiving negative COVID tests," said Warwickshire's Director of Cricket Paul Farbrace in an official statement.
In the first-class game, Vihari, who is acting as cover for Pieter Malan, has made 7,094 runs in 90 games, boasting an impressive average of 56.75, whilst his off-spin has also contributed 27 wickets.
"We're also very grateful to Hanuma for stepping in at such short notice to cover Pieter Malan whilst we await confirmation of visa and his safe entry to the UK from South Africa," said Farbrace.
In January this year, Vihari, who was going through a lean patch, had put on a brilliant fight as he played 161 balls and formed a gutsy partnership with Ravichandran Ashwin to deny Australia a win in the third Test.
Moreover, after the conclusion of the third Test, it was revealed that he batted with a Grade 2 tear to script the Sydney draw. Subsequently, Vihari was ruled out of the fourth Test, which India won, sealing the series 2-1.
Vihari said: "I'm looking forward to this opportunity and to play for a big club like Warwickshire is really exciting." (ANI)