'Was looking forward to feeling like a footballer again': Rakitic on resuming group training 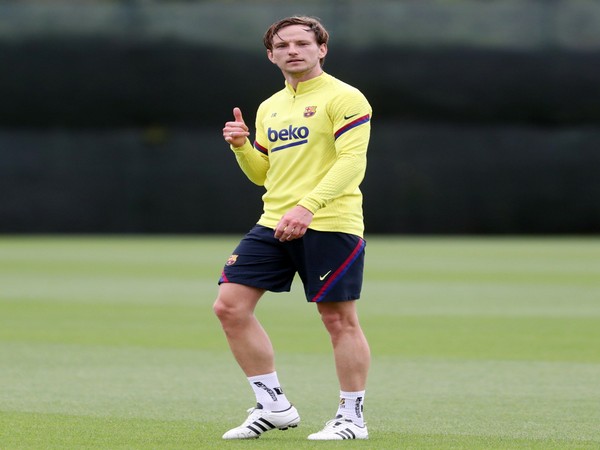 Barcelona [Spain], May 19 (ANI): Barcelona's Ivan Rakitic is exhilarated over the resumption of group training saying that he was 'looking forward to feeling like a footballer again'.

La Liga clubs on Monday returned to group training 'with a maximum of ten players'. This is a significant step forward on the road towards restarting professional football in Spain.
"Today was great to train in groups of ten for the first time. I was looking forward to feeling like a footballer again instead of training alone," the club's official website quoted Rakitic as saying.
La Liga has been suspended since March due to the coronavirus pandemic. Players were allowed to resume individual training from May 4 as the country began to de-escalate its lockdown measures.
The midfielder further stated, "There were specific things we were looking forward to doing as a team again. It was great to get back into the rhythm and now it's a case of going forwards."
Bundesliga returned to action on May 16 after a long hiatus caused by the pandemic. Rakitic said although it is a good development, playing without fans is 'a bit sad to see'.
"We watched a few games in the Bundesliga. I've spoken to ex-teammates in Germany, to Neuer and Perisic of Bayern. They have had a good head start," he said.
"It's was nice they could get back to playing, it was emotional. It's a bit sad to see there are no fans and the benches are all a metre part, but football is back and hopefully, it'll be coming back for us soon too," Rakitic added. (ANI)