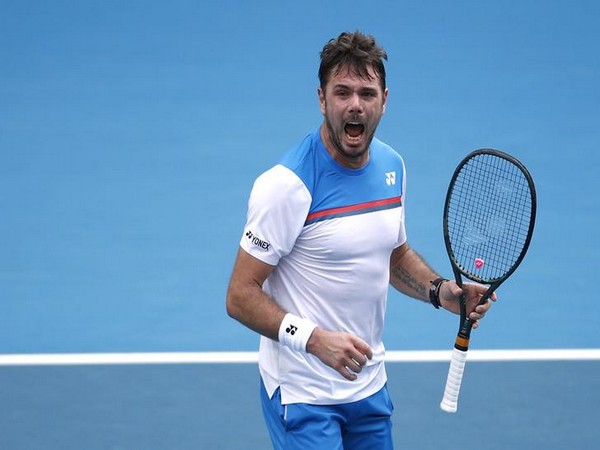 Melbourne: Swiss tennis player Stan Wawrinka on Monday advanced to the quarterfinals of the Australian Open after a hard-fought clash against Daniil Medvedev at Margaret Court Arena.

Medvedev kept calm and weathered the storm. The fourth seed added more length to his shots in the second set, pushing Wawrinka back in the baseline rallies and earning a break at 1-1 after drawing a forehand error. The Russian cleaned up his game considerably, hitting just two errors in the set and frustrating his opponent with incredible defence. Medvedev grabbed an insurance break at 3-1 after prevailing in a lengthy rally and rode the momentum to level the match, ATP reported.

Wawrinka ripped a down-the-line forehand on his first match point to wrap up play after three hours and 25 minutes.

"That was an amazing match and an amazing atmosphere. It was really tough to play against Daniil. I had to raise my level in the fourth and fifth sets. The level was super high and the atmosphere is always something special here in Australia," Wawrinka said after winning the match.
Wawrinka will play either Alexander Zverev or Andrey Rublev in the quarterfinals.