Wax can be tried to shine the cricket ball, says Kemar Roach 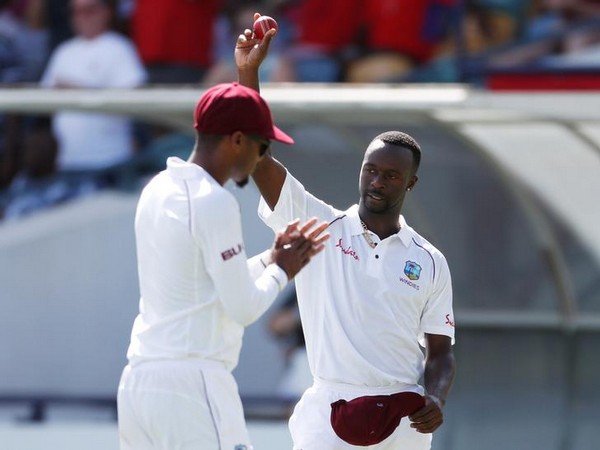 Roach also liked the idea of taking a second new ball after 50-55 overs during an innings of a Test match to ensure the balance between bat and ball.
The International Cricket Council (ICC) has already announced a temporary ban on applying saliva to the ball as a precautionary measure against the coronavirus. With this, many former and current players are suggesting some alternative ways to maintain the balance between bat and ball.
In an interaction with ANI from Manchester, Roach said that bowlers need to be given a chance and it should be ensured that the game does not tilt towards the batsmen.
"It is tough to gauge at this point. I have grown up playing cricket my entire life, using saliva to shine the ball. I guess we can try a wax and see how it works, but the new ball every 50 overs is a decent idea as well. At least give the bowlers a chance," Roach told ANI.
"I think, right now, things are tilted towards the batting side. We have to experiment and try to find ways to balance the cricket and ensure we are keeping bowlers interested in the game," he added.
Earlier, former Australian pacer Brett Lee had also thrown his weight behind applying wax to shine the cricket ball. In an interaction with Sachin Tendulkar on Master Blaster's app '100 MB', Lee had said that a substance can be used which is okay for both batsmen and bowlers.
During the chat, Tendulkar had also suggested taking a new ball after every 50 overs in an innings of a Test match to give bowlers something to play with.
Earlier, the ICC had said that players will not be permitted to use saliva to shine the ball. If a player does apply saliva to the ball, the umpires will manage the situation with some leniency during an initial period of adjustment for the players, but subsequent instances will result in the team receiving a warning.
A team can be issued up to two warnings per innings but repeated use of saliva on the ball will result in a 5-run penalty to the batting side. Whenever saliva is applied to the ball, the umpires will be instructed to clean the ball before play recommences.
All international cricket has been suspended since March due to the coronavirus pandemic, but the action is set to resume in July as England and West Indies will take on each other in the three-match Test series.
The first Test of the series will be played from July 8. (ANI)