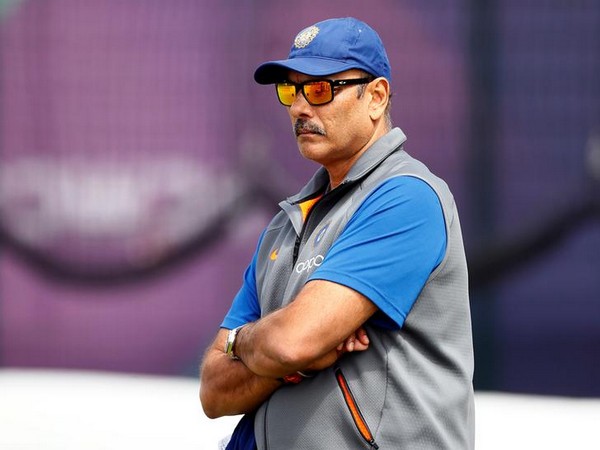 Taking to Twitter the former Indian cricketer wrote, "#ThisDayThatYear On 25th June in 1983, we believed and we became - World Champions and changed the face of #Cricket in #India once and for all. @therealkapildev @ICC @cricketworldcup." 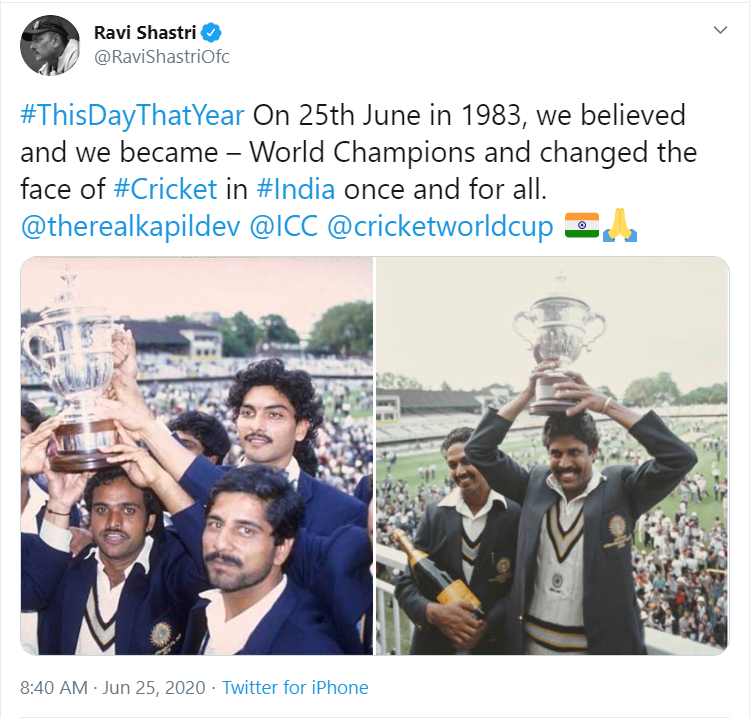 India won their first-ever cricket World Cup title defeating West Indies at the Lord's Cricket Ground. It is now 37 years since India's triumph in the tournament.
After the win, cricket got a fillip in the country, elevating the sport to a religion for fans with every child wanting to become a cricketer.
India's World Cup final playing XI included Sunil Gavaskar, K Srikkanth, Mohinder Amarnath, Yashpal Sharma, SM Patil, Kapil Dev (c), Kirti Azad, Roger Binny, Madan Lal, Syed Kirmani and Balwinder Sandhu.
In the finals, West Indies won the toss and opted to bowl first. India managed to score just 183 runs with Andy Roberts taking three wickets while Malcolm Marshall, Michael Holding, and Larry Gomes picked up two wickets each.
For India, Kris Srikkanth top-scored with 38 runs, apart from him, no other batsmen managed to go past the 30-run mark.
Defending 183, India did a good job of keeping a check on the Windies run flow and Madan Lal then dismissed the key batsmen Vivian Richards (33), reducing Windies to 57/3. Soon after, the team was reduced to 76/6 and India was the favourites from there on to win the title.
Mohinder Amarnath took the final wicket of Michael Holding to give India its first-ever World Cup title win. West Indies was bowled out for 140, and India won the match by 43 runs.
Kapil Dev lifting the trophy at the balcony of Lord's Cricket Ground still remains an image to savour for all the Indian fans.
Mohinder Amarnath was chosen the Man of the Match as he scored 26 runs and also took three wickets.
India has been the regular participant in the World Cup from its beginning to the latest edition. The first edition was held in 1975 and from there on it has taken place after a span of every four years.
West Indies won the first two World Cup titles (1975, 1979) and was the runner-up in 1983. India has won the title two times, in 1983 and in 2011.
MS Dhoni captained the 2011 team to win their second title after 28 years. Australia has won the tournament five times (1987, 1999, 2003, 2007, and 2015). (ANI)