We don't have anybody with Tierney's qualities in the squad, says Arteta 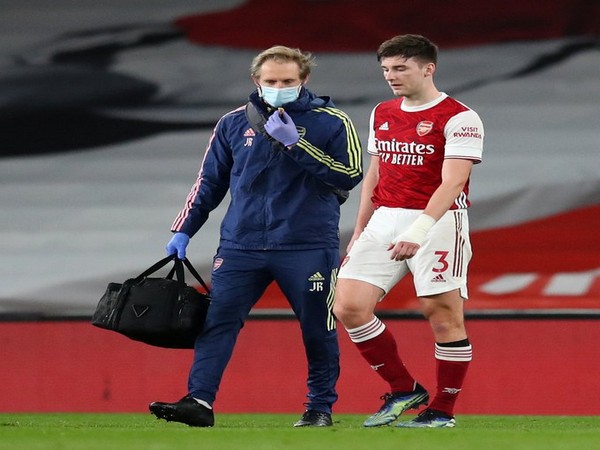 The Gunners have confirmed that the defender has suffered knee ligament damage and will be out between four to six weeks. He picked up a knee injury in the match against Liverpool at Emirates Stadium.
"Yes, we're going to have to make some adjustments because his qualities are unique and we don't have anybody with his qualities within the squad unless we start to move a lot of pieces," Goal.com quoted Gunners boss as saying.
"Without any time to train, it is a little bit dangerous to do, but we're going to have to find different ways to fill that gap and use other things that can be as effective as well. That's the reality. You have to change something and you have to find a different way of attacking.
"At the same time, the structure when you are defending and in transitional moments has to be stable and has to be done by players that are comfortable doing that," he added.
Arsenal has Bukayo Saka and Cedric Soares to replace Tierney but neither is an obvious choice. Saka has played left-back for Arsenal but has excelled in a more advanced role this season, while Soares is a natural right-sided player.
Tierney will miss both legs of Arsenal's Europa League quarter-final clash with Slavia Prague, and will likely miss Premier League matches with Sheffield United, Fulham, Everton and Newcastle at the least. (ANI)