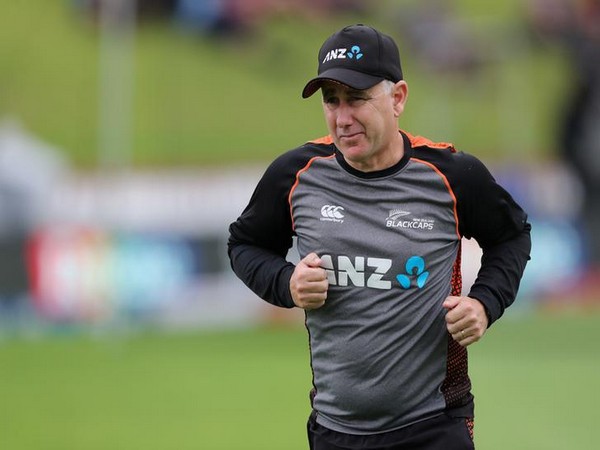 London [UK], Mar 11 (ANI): Ahead of the three-match ODI series against Australia, New Zealand coach Gary Stead exuded confidence and said that the side has played good ODI cricket in the recent past.

After losing the T20I series against India, New Zealand thrashed Men in Blue in both ODI and Test series. On the back of those results, Stead feels New Zealand side is confident to face Australia in the upcoming series.
"I think we can take confidence from recent form. India were the No.1 ranked team and we beat them two-nil in our home conditions and played really well in the ODIs series prior to that as well," ESPNcricinfo quoted Stead as saying.
"I think we have played some really good ODI cricket in the last three or four years and hopefully we can continue that on," he added.
Stead called the Aussies a 'benchmark' that the Kiwis aspire to and wants the side to play more white-ball fixtures against Australia in coming years.
"I look at what's coming ahead in the next few years, and I do see that we are playing Australia in white-ball cricket reasonably regularly," Stead said.
"They are a great team, we respect them a lot for the way they play their cricket. That's ultimately, sometimes, they set a benchmark for us to aspire to," he added.
New Zealand will take on Australia in a three-match ODI series from March 13. (ANI)