'We miss you Dhoni': Fans display banner at Wellington 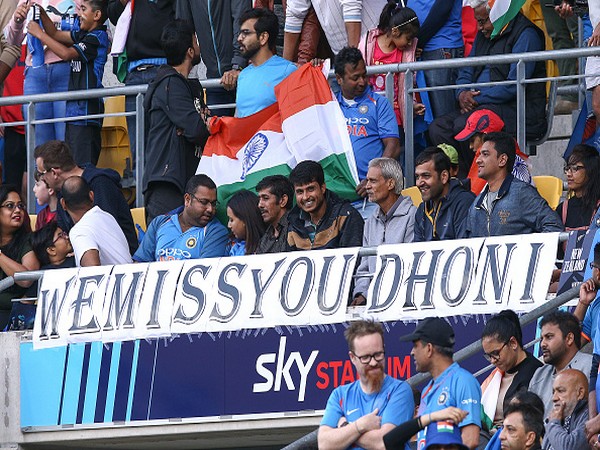 The banner read- 'We miss you Dhoni'.
Board of Control for Cricket in India (BCCI) tweeted the photo of the poster and captioned the post as: "Just fan things. #NZvIND". 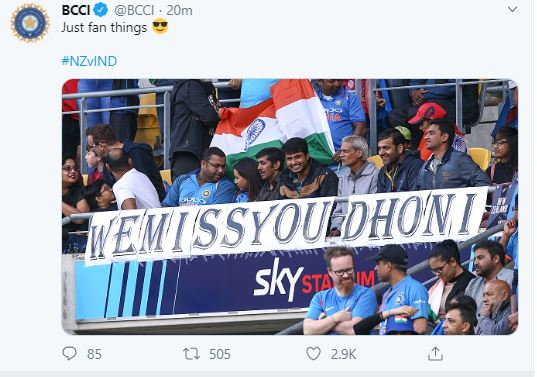 In the ongoing fourth T20I at Westpac Stadium, the crowd did not turn up in a large number and the stands were seen empty. The majority of the spectators is dominated by the Indian contingent.
New Zealand won the toss and opted to bowl first. The side managed to dismiss Sanju Samson, Virat Kohli and Shreyas Iyer cheaply.
In the recently released BCCI contracts list, Dhoni did not find a place for himself.
The 38-year-old Dhoni is currently enjoying some time away from the game. He last played competitive cricket during the 2019 World Cup.
Dhoni had to face criticism for his slow batting approach during India's matches in the tournament. Especially in the games against England and New Zealand (semi-final), he had to bear the brunt of netizens, who deemed him as the reason for the Men in Blue's loss.
BCCI released the list of central contract list of players for the period from October 2019 to September 2020. (ANI)