We need to score more goals, says Muller after Bayern's defeat against PSG 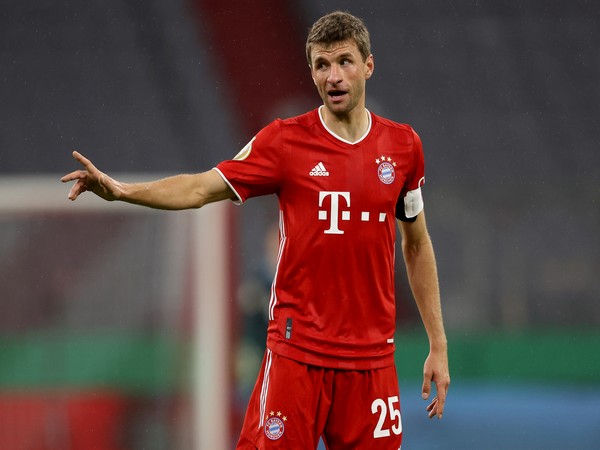 Munich [Germany], April 8 (ANI): After suffering a 3-2 defeat against Paris Saint-Germain in the first leg of the Champions League quarter-final on Thursday, Bayern Munich striker Thomas Muller said that the side needs to score more goals.

Kylian Mbappe's brace and one goal from Marquinhos helped PSG edge past Bayern Munich here at the Allianz Arena on Thursday.
"We need to score significantly more goals. Of course, you can always discuss conceding goals, but I think if it ends 6-3 for us, then nobody can complain," Sky Sports quoted Muller as saying.
"That's the way it is now, we've laid the egg in our own nest. And now we have to chase the deficit, that's for sure," he added.
Muller went on to emphasise that defensive mistakes were not the biggest problem for Bayern.
"We didn't really allow that much. If we showed the killer instinct that often distinguishes us, we would have seen a completely different game," he said.
"It's also clear that you can never completely shut down Paris' offensive. ... We have an attacking approach, that's why we score a lot of goals, that's why we win a lot of games and today we missed a lot of big chances," Muller added.
The first goal of the match was registered in the third minute of the match as Mbappe registered his name in the goal-scoring charts. PSG then gained a 2-0 lead in the 28th minute as Marquinhos scored another goal for the side.
In the 37th minute, Bayern pegged one goal back as Eric Maxim Choupo-Moting got among the scoring charts to bring the scoreline to 2-1. No other goals were scored in the first half, and PSG went into half-time with a 2-1 lead.
In the second half, Muller scored for Bayern in the 60th minute, bringing the scoreline level at 2-2 and there was all to play with 30 minutes still to go in the match.
However, eight minutes later, PSG once again managed to get the lead as Mbappe's strike took them 3-2 ahead in the match. In the end, PSG managed to register a 3-2 win.
Both these teams will now lock horns in the second leg of the quarter-final on April 13. (ANI)