We want IPL to happen but have to wait in view of coronavirus outbreak: Parth Jindal 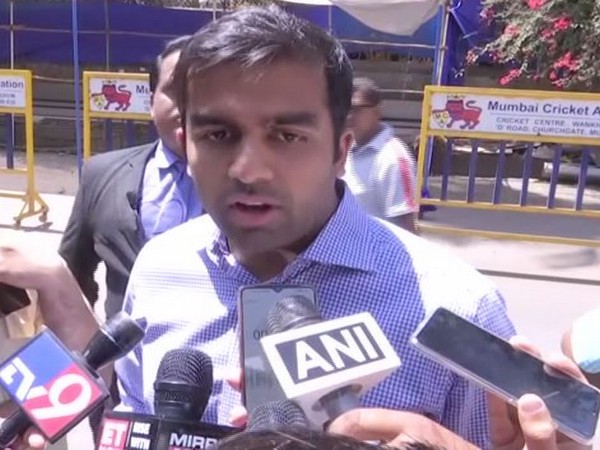 Mumbai (Maharashtra) [India], Mar 14 (ANI): After the Indian Premier League (IPL) governing council meeting, the Delhi Capitals co-owner Parth Jindal has said that although they want the league to take place, they will have to wait and watch how the coronavirus evolves.

"The government has taken many steps. BCCI has also taken a lot of steps. In today's discussion, we committed ourselves to the IPL. We would like the IPL to happen but we have to wait and watch and see how the virus evolves," Jindal told reporters here on Saturday.
Apart from Jindal, BCCI president Sourav Ganguly, BCCI secretary Jay Shah, Mukesh Ambani's son Akash Ambani and Kolkata Knight Riders (KKR) co-owner Shah Rukh Khan also attended the meeting of IPL Governing Council.
Jindal said the BCCI is in constant touch with the government and the safety of the public is the most important aspect.
"BCCI is constantly in touch with the government. People's health is the most important aspect. It is the most important consideration for us. Once the situation comes under control, all the options can be discussed," he said.
BCCI on Friday decided to suspend the IPL till April 15 as a precautionary measure in view of the coronavirus outbreak.
The Central government has also suspended all visas to India till April 15 as part of measures to contain the spread of the pandemic.
The 13th edition of IPL was scheduled to commence from March 29, with Mumbai Indians and Chennai Super Kings meeting at the Wankhede Stadium in Mumbai for the first match. (ANI)