'We're back where we're supposed to be': Marcus Rashford after securing Champions League spot 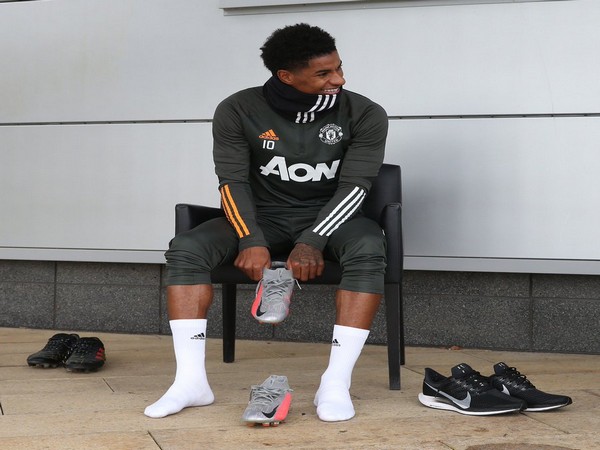 New Delhi [India], July 27 (ANI): Manchester United forward Marcus Rashford on Monday said the club is back where it supposed to be after finishing the Premier League season at third place and securing a Champions League spot.

Rashford thanked fans for showing their constant support to the club.
"5 months ago I would have never believed I would have been able to see this season out. I'm grateful that I have. To the fans, thank you for always getting behind us at a time when it wasn't always easy. We're back where we're supposed to be," Rashford tweeted. 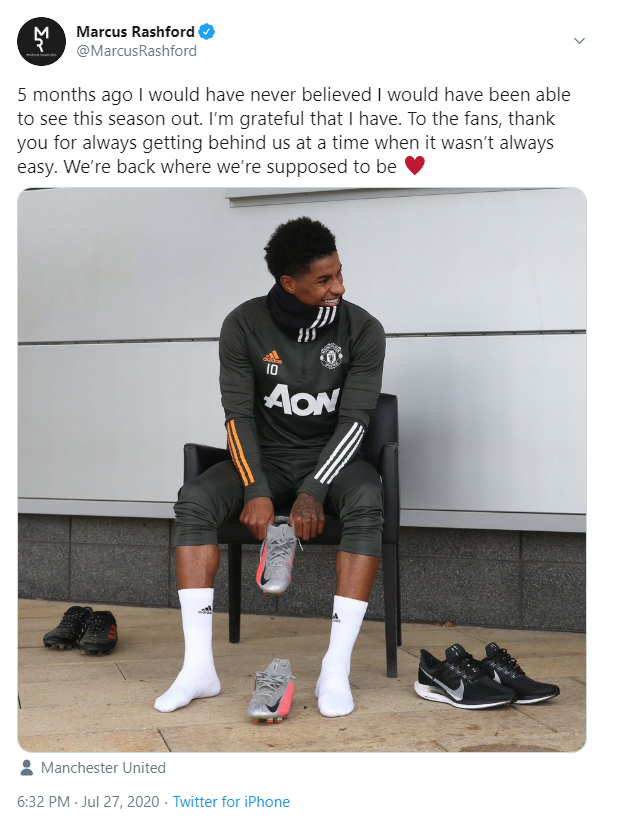 Rashford scored 17 goals in the 2019-20 Premier League season. United won 18 games and lost only eight matches in their 38 fixtures.
On Sunday, Red Devils secured 2-0 win over Leicester City while Chelsea defeated Wolves 2-0 in their final clash of the season.
Liverpool and Manchester City had already secured a spot in the next season's Champions League and three clubs namely Chelsea, Manchester United and Leicester City were fighting to claim the remaining two spots.
United and Chelsea both have 66 points, finishing on the third and fourth spots respectively.
Liverpool, who have 99 points, lifted the Premier League trophy on July 23 after they played their final home match of the recently concluded season. (ANI)