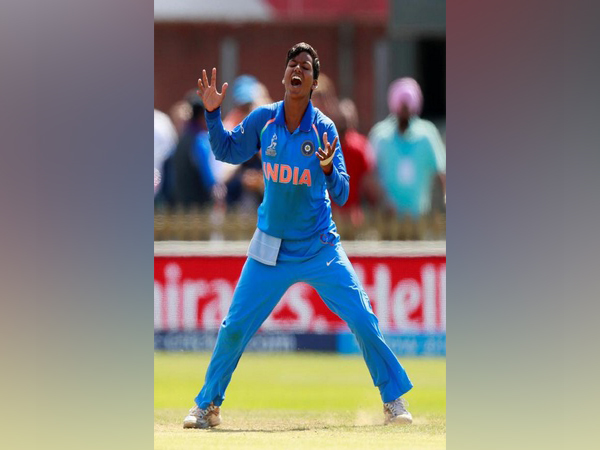 Deepti was economical during India's run in the T20 World Cup. In the tournament opener against Australia, she gave just 17 runs in the four overs.
While in the match against Sri Lanka, she delivered a standout performance by taking a wicket and giving away 16 runs.
"Privileged to be felicitated by the Dept. of Youth Services and Sports, Govt. of WB. Thank you for this honour Mr Laxmi Ratan Shukla (Ex- Cricketer, MoS - Youth Services and Sports), Mr Arup Biswas(Public Works and Youth Affairs and Sports Minister) and Mr Gurbux Singh (Hockey great)," Deepti tweeted. 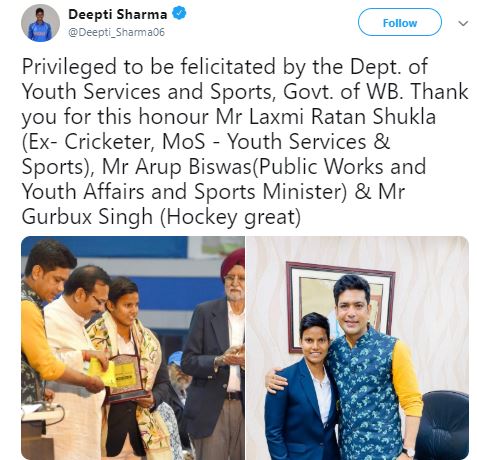