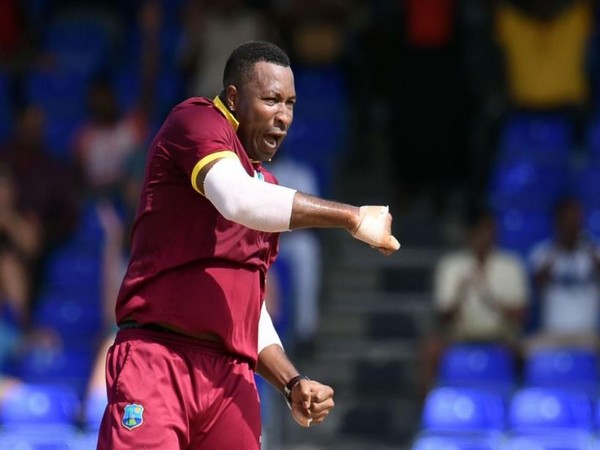 With this victory, West Indies managed to end the three-match T20I series on a draw 1-1 as the second match was abandoned due to rain.
Chasing a decent target of 139 runs, West Indies openers Lendl Simmons Evin Lewis started playing aggressively from the very beginning. Ireland bowlers were thrashed by both batsman and the hosts went past the 100-run mark in the ninth over.
Simranjit Singh dismissed Evin Lewis (46) but it was too late as West Indies secured the win in the same over. Simmons played an unbeaten knock of 91 runs off just 40 balls to take his side over the line.
After being asked to bat first, Ireland got off to a flying start as openers Kevin O'Brien and Paul Stirling struck regular boundaries. Kieron Pollard provided West Indies with their first breakthrough as he dismissed O'Brien (36).
In the next over, Dwayne Bravo removed Stirling, who played a knock of 11 runs. Pollard came out furiously in the eighth over and picked up two wickets. Both Gareth Delany and Harry Tector were caught behind off Pollard's deliveries.
Ireland kept on losing wickets and were reduced to 112/8 after the completion of 14 overs. The tailenders also failed to provide their side with some momentum and were all out on 138 runs. (ANI)