What a blessing to play Test cricket for India: Virat Kohli 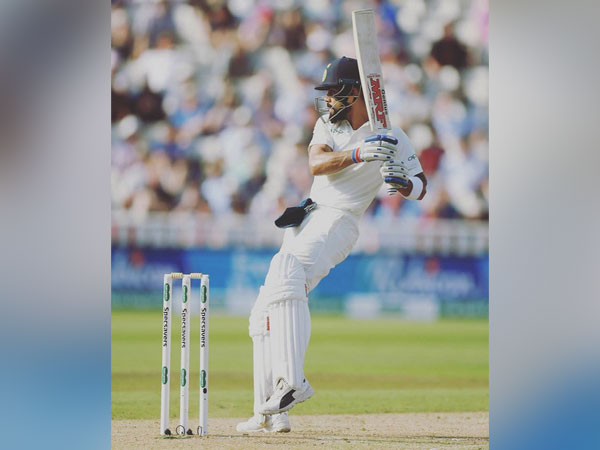 New Delhi [India], June 24 (ANI): India skipper Virat Kohli on Wednesday said nothing matches the excitement of playing intense Test clashes and called it a "blessing" to represent the country in the longest format of the game.

Taking to Twitter Kohli shared a couple of pictures of him in white jersey where he can be seen playing shots.
"Nothing comes close to playing an intense game in whites. What a blessing to be able to play test cricket for India," he captioned the post. 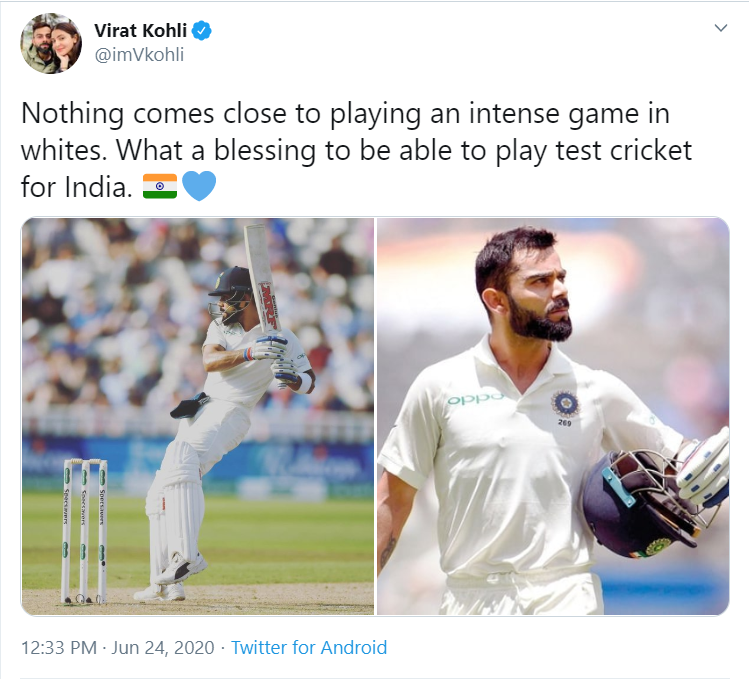 The right-handed batsman, who has now completed nine years in the Test cricket, did not have a good show with the bat in his first Test as he just managed to score 19 runs in the entire match.
Since his Test debut, Kohli has left a huge mark on the game. He has so far played 86 Tests, managing to score 7,240 runs with 27 centuries at an average of 53.62.
He is one of the few active cricketers who have scored runs with an average above 50. Only Marnus Labuschagne and Steve Smith are above him.
Kohli played a knock of 254 against South Africa at Pune in 2019 and this remains his highest Test score to date.
The comparisons between Kohli and Sachin Tendulkar have also kept on growing and many have picked the current Indian skipper to break the records set by Tendulkar.
Tendulkar managed to call time on his career after registering 100 international centuries, while Kohli currently has 70 centuries across all formats.
Currently, Kohli is ranked at the top spot in the ICC ODI rankings while he is in the second place in Tests rankings. (ANI)