Wicket had good bounce that I never experienced before: Hanuma Vihari 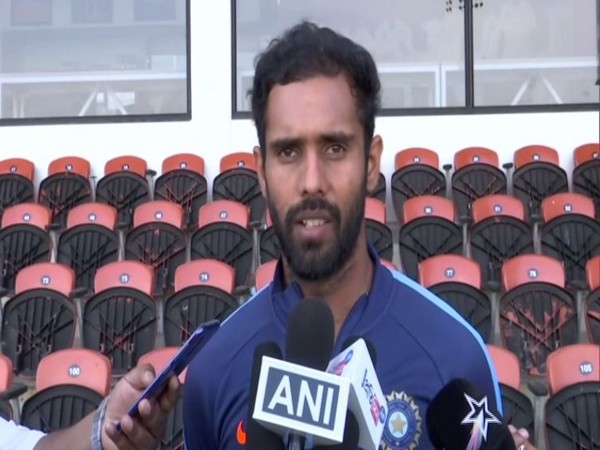 Hamilton [New Zealand], Feb 14 (ANI): India batsman Hanuma Vihari, who played a knock of 101 against New Zealand XI, said the wicket had a good bounce that he has never experienced before here.

"The wicket had a good bounce. I feel more than what I have experienced before in New Zealand. I took some time to adjust and then once I knew what shots I have to avoid -- maybe horizontal shots are something which I can avoid early on in this wicket-- so I tried to avoid that," Vihari told reporters after the stumps on day one of a three-day practice match.
Cheteshwar Pujara and Vihari stitched a 195-run partnership which enabled India to post a total of 263 in first innings. Pujara scored 93 runs off 211 balls and held the one end strong despite losing wickets in the other end.
While batting in the middle Vihari made some adjustments to his style as the ball was moving a lot due to the grass cover on it.
"When I went in, the wicket was doing a lot. There was a lot of grass cover on the wicket and we lost four early wickets. We were 40-4. So, the talk was to bat time and see-off the new ball as they were bowling in the great areas," Vihari said.
"I have made a few adjustments in the middle because wickets in Lincoln was quite different to what it is here. It adds pace and bounce early on and with the new ball, it was a challenge. Pujara was their to help me. He told me what I could do, leave more balls on this wicket," he added.
When asked about will he open the innings in absence of regular opener Rohit Sharma he said, "Obviously, as a player, I will be prepared to bat anywhere. As of now, I have not been informed anything but if the team requests me to bat wherever in the order I'm ready to."
The first test of the two-match series will be played at Basin Reserve in Wellington from February 21. (ANI)