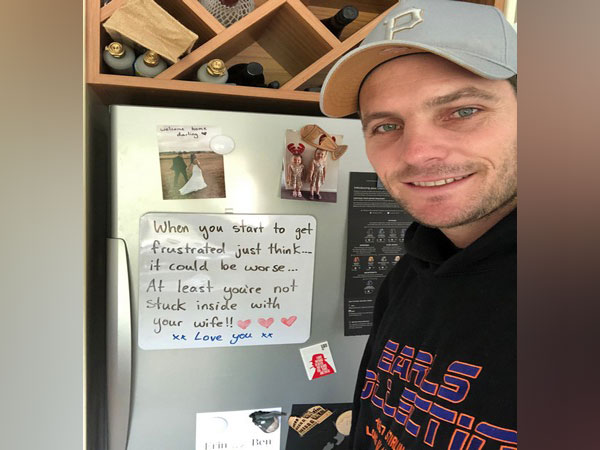 The player shared a smiling picture with the note that his wife left for him at home. Taking to Twitter, the bowler shared a note and wrote, "Straight home into isolation, get home to this note from my legendary wife who's gone to stay with her parents for a few weeks. See you guys in 14 days." 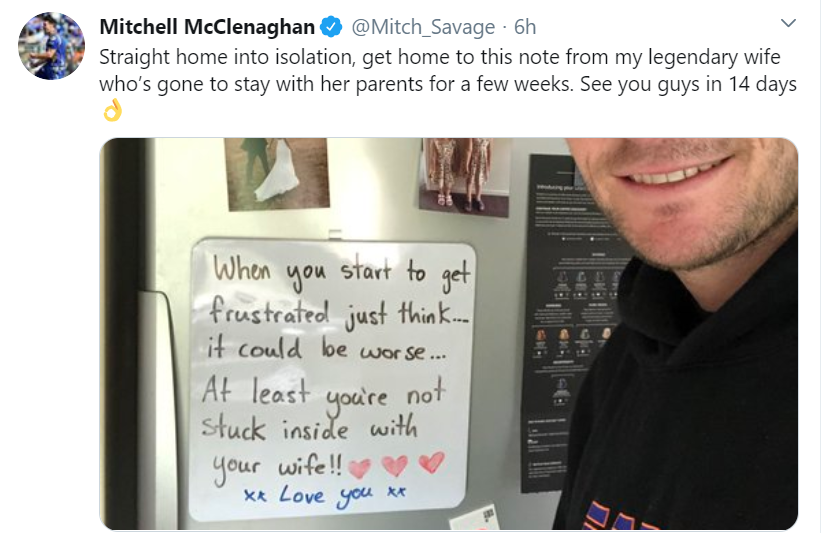 New Zealand had enforced a mandatory 14-day self-isolation for anyone who enters its borders from Australia after midnight of Sunday amid the outbreak of COVID-19 across the globe.
"When you start to get frustrated just think... it could be worse... At least you're not stuck inside with your wife!! Love You," the note read.
McClenaghan's wife had gone to stay with her parents to avoid contact with the cricketer in the wake of the pandemic.
The 33-year-old played for Karachi Kings in the ongoing edition of the Pakistan Super League (PSL). The left-arm pacer played one game for Karachi Kings on March 6 before heading home.
He is also a member of the Indian Premier League (IPL) franchise Mumbai Indians. The IPL has been postponed till April 15 while the PSL has decided to go ahead with its matches behind closed doors. (ANI)