Will be our loss when Dhoni decides to retire: Kapil Dev 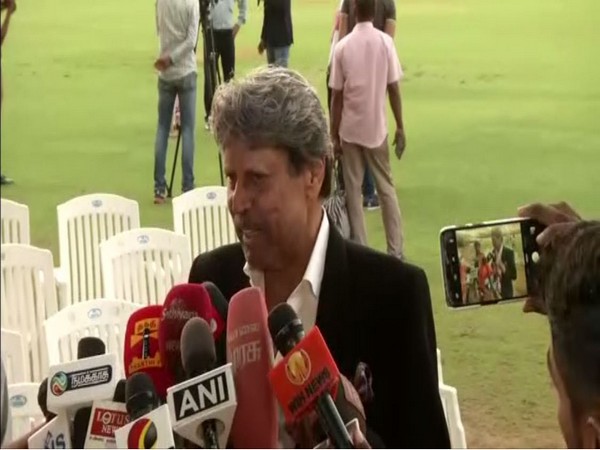 Chennai (Tamil Nadu) [India], Jan 25 (ANI): Former India cricketer Kapil Dev on Saturday said that it will be a big loss for the Indian side when MS Dhoni decides to hang up his boots.

"I think he has served the country so well and nobody has done it like him. Everyone has to retire sooner or later. He is not playing matches currently. So I don't know when he will come out one day and say -- I have had enough. I think it will be our loss because he is such a fabulous cricketer," Dev told reporters here.
In the recently released BCCI contracts list, Dhoni did not find a place for himself. The former World Cup winning captain Dev said that it is unfortunate that Dhoni was not included in the contract list.
"I feel sorry that they have not included him. Tendulkar, Gavaskar had to witness the same. It's not my job and I am not there to give the contract to anyone. It is the job of the cricket board. So, I don't know. You can ask this question to the cricket board. They will be able to answer this question," Dev said.
The 38-year-old Dhoni is currently enjoying some time away from the game. He last played competitive cricket during the 2019 World Cup.
Dhoni had to face criticism for his slow batting approach during India's matches in the tournament. Especially in the games against England and New Zealand (semi-final), he had to bear the brunt of netizens, who deemed him as the reason for the Men in Blue's loss.
BCCI released the list of central contract list of players for the period from October 2019 to September 2020. (ANI)