Will never give up Ranji dream: Bengal's Manoj Tiwary after defeat 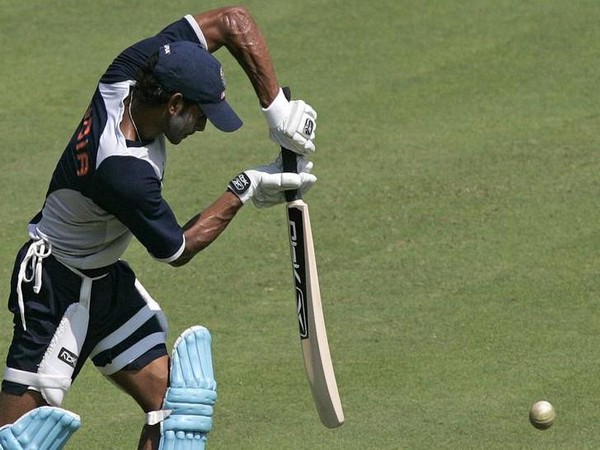 New Delhi [India], Mar 14 (ANI): Bengal cricketer Manoj Tiwary on Friday said that he will never give up on his Ranji Trophy dream.
He also said that the side will bounce back 'much stronger' in the next season.

On Friday, Jaydev Unadkat-led Saurashtra clinched its maiden Ranji Trophy title after defeating Bengal at the Saurashtra Cricket Association Stadium.
In the tournament final, Tiwary failed to leave a mark as he scored just 35 runs. Often touted as the key cog in the batting wheel of Bengal, it was a poor show from Tiwary in the final.
"Receiving a Runner Up trophy means U did ok, but it's definitely not Ok. We will be back next year much stronger. Never ever goin 2 give up on a dream just bcoz of d time it vl take 2 accomplish it," the 34-year-old batsman tweeted. 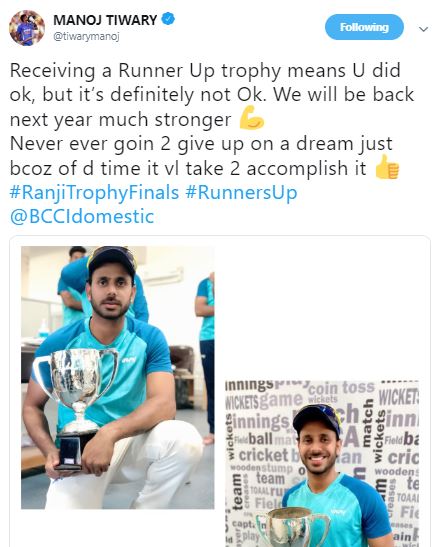 It was Saurashtra's maiden Ranji Trophy Title while Bengal were looking to end their 30-year-old drought. Bengal last won the title in 1989-90. (ANI)