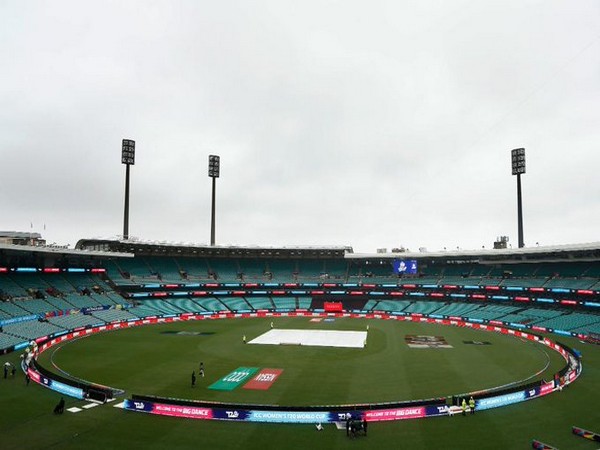 Sydney [Australia], Mar 5 (ANI): The toss in the semi-final clash between India and England in the ongoing Women's T20 World Cup has been delayed due to rain here at the Sydney Cricket Ground.

Heavy rain is predicted for today at Sydney and if it does not relent, both semi-finals of the Women's T20 World Cup are in threat of getting washed out.
If the matches are washed out, South Africa and India will progress to the finals, sending England and Australia out of the tournament.
For the semi-finals of the ICC Women's T20 World Cup, an allowance of 30 minutes of extra time has been allocated to each game, and there must also be a minimum of a 30-minute break between matches.
As per the ICC rules, both innings of a match need to have at least five overs to constitute a match. However, in ICC tournaments, the minimum over-limit goes to 10 overs per side. So if rain forces the match to be less than 10 overs per innings, the match is deemed as 'abandoned'. (ANI)