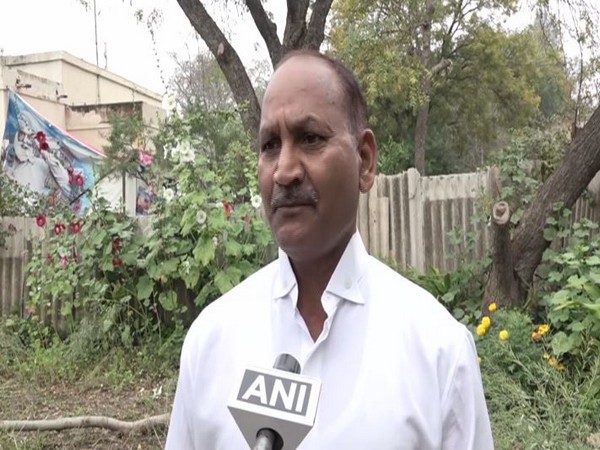 Agra (Uttar Pradesh) [India], Mar 8 (ANI): As India and Australia get ready to lock horns in the finals of the Women's T20 World Cup, spinner Poonam Yadav's father Raghuveer Singh Yadav on Sunday said that if the team manages to win the tournament, then it would be the biggest prize for women's empowerment.

The finals between India and Australia will be played later today at the Melbourne Cricket Ground (MCG) in front of more than 80,000 people. What makes it all the more special, is that it would be played on the occasion of International Women's Day.
"Today is International Women's Day and our team is ready to play the finals of the 20-over World Cup. I am confident that the side will win the tournament, it will be the biggest prize for women empowerment and there is no doubt, that we will win the competition. Our nation is doing a lot for the girls, and I would urge everyone to keep giving chances to girls and they will not let you down," Ponam's father Raghuveer Singh told ANI.
"I won't just talk about Poonam, the entire side has played well. Shafali, Deepti have also performed well and it has been a complete team effort. I am 99.9 per cent sure that we will the T20 World Cup," he added.
So far in the competition, Poonam has taken 9 wickets, and her best return came in the first match of the tournament against Australia as she took four wickets, guiding India to a comprehensive win.
In the ongoing tournament, India goes into the finals being the only undefeated side. The side triumphed in all their group-stage matches and progressed to the summit clash as their semi-final against England got abandoned due to rain.
It is the first time, that India has managed to reach the finals of the tournament, and the side would be playing in front of more than 80,000 people at the Melbourne Cricket Ground.
However, easing past Australia in the finals won't be an easy prospect as the hosts are the four-time champions of the Women's T20 World Cup. Australia is the only team in the history of the tournament to make the knock-out stages.
Defeating them in the group-stage was one task, but outclassing them in the finals would be a totally different thing.
India and Australia will take on each other in the finals later today at the MCG. The first ball of the match will be bowled at 12:30 PM IST. (ANI)